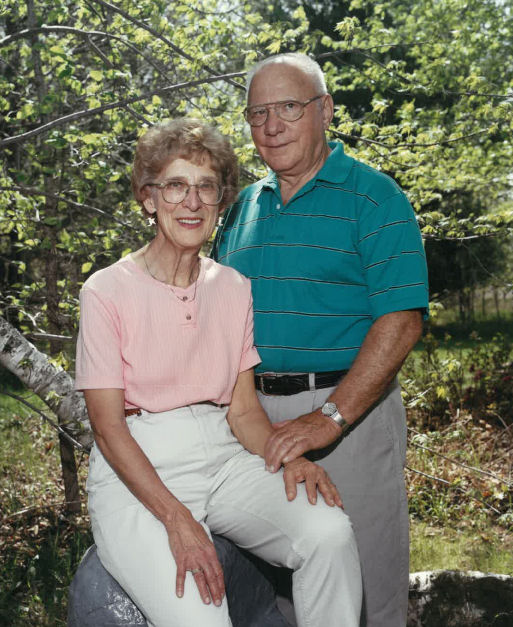 Frank N. Krisch, age 93, of Kaukauna, passed away on Wednesday, May 23, 2018. He was born on April 20, 1925 in Sugar Bush, Wisconsin to the late Peter and Katherine (Till) Krisch.
Frank married Marian Springer on July 8, 1950 at St. Mary’s Catholic Church in Menasha. They were blessed with 60 years of marriage. Marian preceded him in death in 2011.

He started work on the family farm following his 8th grade year of school. Frank was then employed with Thilmany Mill for 37 years.

Frank was an avid Packer fan, enjoyed fishing and hunting and spent as much time as he could at his cabin in Florence County. In the early years Frank and Marian went camping, traveled and played cards with friends. Above all he cherished time spent with his family.

In addition to his parents, Frank was preceded in death by his wife, Marian and two children, Karen and Jeff.

The Funeral Mass will be held on Tuesday, May 29, 2018 at 11:00 a.m. at ST. JOHN NEPOMUCENE CATHOLIC CHURCH, 323 Pine Street in Little Chute. Visitation will be held on Tuesday at the church from 9:00 a.m. until the time of the service with Fr. Ron Belitz officiating. Interment will be held at St. Mary’s Catholic Cemetery in Kaukauna. In lieu of flowers, a memorial fund will be established in Frank’s name. Online condolences can be shared at www.wichmannfargo.com.

Frank’s family would like to thank the wonderful staff of Heartland Hospice; especially Shelby, Shelly and Michael who went above and beyond in all they did for Frank and his family.