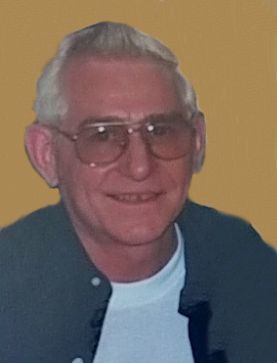 Frank N. Kriesel, age 75, of Appleton, was welcomed home to Heaven. He passed peacefully at Century Oaks Assisted Living on Tuesday, May 23, 2017. He was born on July 28, 1941 to the late Arthur and Goldeen (Patnode) Kriesel in Antigo, Wisconsin.
Frank served in the U.S. Army and was a Vietnam Veteran. Frank was also a member of the V.F.W. Post in Elderon as well as The Odd Fellows of Appleton.
He was employed at Neenah Brass and Aluminum Foundry where he was a supervisor. Frank was always proud of his American Foundry Men's Society membership.
Frank was widowed for a very short time, his wife Judy passed on March, 11, 2017.
He enjoyed fishing, hunting, riding his motorcycle and “tinkering” around. Above all he loved to make people smile, crack jokes and lived life to its fullest.
He is survived by his step-children, Sherry Brinkman of Appleton, Brenda (Marvin) McCoy of Kimberly, Thomas (Kendal) Nieft and Dawn (Todd) Davies; his grandchildren, Steve (Kelli) Davies, Marcellus Nixon, Chantal (Taylor) Ales and Tanesha McCoy and Jamari McCoy; his sisters, Cathy Burke and Mary (Bob) Knitter; four brothers, John, Dave, Roy (Martha) and Gene. He is further survived by many nieces, nephews, great-grandchildren and other dear relatives.
In addition to his parents and wife, Judy, Frank was preceded in death by his step-son, David Brinkman.
A time of gathering will be held on Friday, May 26, 2017 at 10:30 a.m. until 1:30 a.m. at WICHMANN FUNERAL HOME, 537 N. Superior Street in Appleton. In lieu of flowers, a memorial fund has been established in Frank's name. Online condolences can be made at www.wichmannfargo.com.