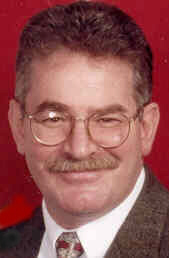 Frank Michael Weber Jr.
‚ÄòMike‚Äô
Age 47, of Appleton, passed away unexpectedly at Appleton Medical Center on September 14, 2003. He was born in Sheboygan, WI to the late Frank Sr. and Louise Weber on December 30, 1955. Mike was in the United States Army from 1977-81. Mike married Nancy Verhage on July 22, 1978 in Sheboygan Falls. He was a member of St. Therese Catholic Church in Appleton. He had worked at American TV, and currently was at Convergy‚Äôs in inside sales. Mike enjoyed camping, fishing, hunting, and most of all spending time with his family.

He was preceded in death by his parents, a sister, Elizabeth, an infant son, and father-in-law, Richard Verhage.

A Mass of Christian burial will be held on Wednesday, September 17, 2003 at St. Therese Catholic Church (213 East Wis. Ave.) at 11:00 AM with Father Bill Hoffman officiating. Visitation will begin at 9:00 AM until the time of service also at church. Interment will take place immediately after mass in St. Joseph Cemetery, Appleton.
A memorial fund is being established.

The family would like to thank their friends and neighbors for their care and concern during this difficult time.