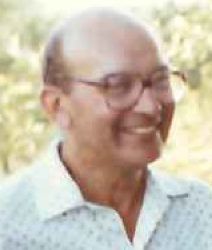 Frank Giesen, age 92, of Menasha passed away on Feb 28, 2017 at his home at the Gardens of Fountain Way. Frank was born on February 20, 1925 to Reuben and Elsie (Schwartzbauer) Giesen in Menasha. He was a graduate of St Mary's High School class of 1943. He was a Menasha resident all of his life. Frank worked for the City of Menasha in the Parks and Recreation Dept. until his retirement in 1987. He was a lifelong member of St. Mary's Catholic Church, Menasha. Frank celebrated his 92 in the past month. Frank enjoyed visiting with family and friends and he was a great storyteller. He was an avid fan of the Packers and Brewers. He enjoyed playing cards and going to the casinos. Frank relished going for rides, gardening and being outside. He always had a quick wit, welcoming hand and a sense of humor.

He was preceded in death by his father, Reuben; mother, Elsie; brother Richard; and nephew, Daniel.

Funeral services for Frank will be held on Saturday, March 11, 2017 at 11 a.m. at ST. MARY CATHOLIC CHURCH, 528 Second Street, Menasha, with Fr. Paul Paider officiating. There will be a time of visitation from 10 a.m. until the time of the service. Online condolences may be expressed at www.wichmannfargo.com.

Frank's family wishes to thank everyone at the Gardens of Fountain Way for making his last years such a special and caring place to call home. Thanks to Hospice and Theda Clark Hospital.