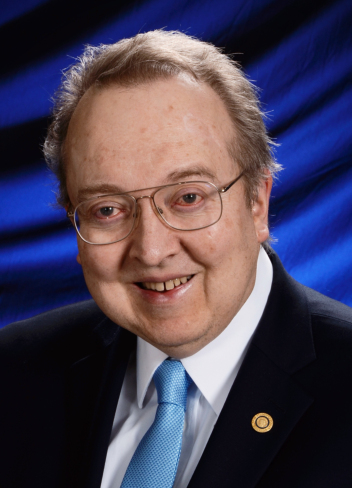 The gentle soul of Frank Rippl, 71, passed on August 11, 2018 with his wife by his side. He was a musician, educator, liturgist and lifelong mentor to many of his former students. He taught vocal music in Appleton elementary schools for 33 years, holding a BME from Lawrence University, a Master’s from Denver University, and further graduate studies at the Royal School of Church Music in England, the Cleveland Institute of Music, and the Royal Conservatory of Music at the University of Toronto. He is listed in Who’s Who in American Education.

He began playing organ at St. Mary’s Menasha, later at St. Bernard’s, and then was Organist / Choirmaster at All Saints’ Episcopal Church in Appleton, Wisconsin from 1971 to 2018 exulting in the beauty of liturgical and Anglican church music. He was co-founder of the Appleton Boychoir and conducted and served as its organist for over 26 years before retiring in 2010. He initiated the Boychoir’s very popular Festival of Nine Lessons and Carols held each Christmas in the Memorial Chapel at Lawrence University. During Frank’s tenure, they performed as choir-in-residence at the Green Lake Festival of Music under Sir David Willcocks, and toured nationally and internationally.

He was past dean of the Northeastern Wisconsin Chapter of the American Guild of Organists, was active in the Organ Historical Society (OHS) and the Packerland Theatre Organ Society, and performed on Minnesota Public Radio’s “Pipedreams”. He wrote concert reviews for The Diapason, the national journal of the OHS. Frank studied organ at Lawrence University under his mentor Prof. Miriam Clapp Duncan and many years later with Wolfgang Rübsam.

Frank founded the Lunchtime Organ Recital Series in 1996, hosting organists from all over the country to perform summer concerts in local churches, which celebrated their history and architecture with the best in organ literature.

He played theatre organ for silent movies for over 20 years as part of the American Theatre Organ Society for films of Chaplin, Keaton and others. He loved teaching and the pipe organ, and combined these two great passions by giving private organ lessons. He was especially proud to have so many former students and Boychoir members who went on to careers in church music, including Dr. Paul Weber, Dr. John Schwandt, Dan Schwandt, Dr. Mark Paisar, Don Verkuilen, and Blake Doss.

Frank participated in “Creating Original Opera with Children,” a national program at NY’s Metropolitan Opera, so technically Frank could say he sang at the Met. For many years he did a lecture/demonstration of the Lawrence Chapel pipe organ for Appleton 6th Graders including themes from Harry Potter, Star Wars and J.S. Bach. Frank reveled in the wonder of children discovering the magic of music, and they responded to his excitement. Through Peter and the Wolf and Amahl and the Night Visitors, from “ta-ta-ti-ti-ta” to Toccata and Fugue in D Minor, Frank opened their ears and imaginations. Over decades he impacted thousands of young lives.

Frank said the smartest thing he ever did was to marry singer and teacher Carol Jegen. They loved performing together in benefit concerts of Gershwin, Kern and others. In 2007, they were presented with the Hanns Kretzschmar Award for Excellence in the Arts. Carol was a faithful member of his church choir, drove him to many organ events, and in turn he accompanied and avidly followed the careers of many of her voice students. They shared everything together, including much laughter.

In 2007, Frank received the Rotary Club Paul Harris Service Award for service to the community and played for weekly meetings. While a student at Lawrence he was Vince Lombardi’s favorite pianist at Alex’s Crown Restaurant, as cited in David Moraniss’ “When Pride Still Mattered.” In 2014 Frank took on the job of director for the new Memory Project choir, “On a Positive Note”, for those suffering from memory loss and their families.

Frank is survived by Carol, his devoted wife of 43 years; his brothers Bill, Rick and his wife Marie, and Dan and his wife Becky; his nephews and nieces: Tom Rippl and Dr. Deidre Rippl of Milwaukee, Katie and Brian Weber of Neenah, Sandra Wilton and Shane Steele of Tallahassee, John and Christin Wilton of Aurora, David and Amanda Wilton-Green of Austin, Jason Rippl and Marnie Spielbauer of Neenah, Justin and Alicia Rippl of Verona, Stephanie and Adam Hooyman of Appleton, Josh Kaul and Lindsay Powell of Madison, Ryan Kaul and Kelly Bridgeman of Los Angeles, Rebecca and Brandon Johnson of Fond du Lac, David and Ellen Rippl of Madison, Karen and Joel Jones of Mt. Pleasant MI; many grandnieces and nephews; and his sister and brother-in law Joanne and Donald Wilton of Houston and Llyn Dudley of Tucson.

Frank was given a lift by so many of his friends because he always gave them a lift. Despite his many physical challenges, he overcame these and lived with dignity and grace, inspiring all who knew him.