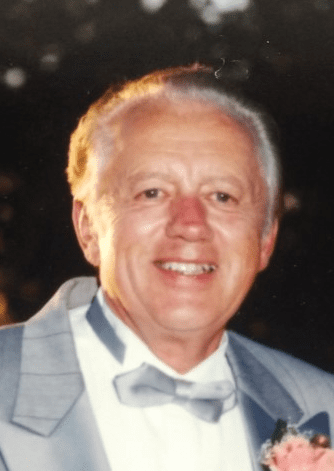 Frank G. “Whitey” Lichtfuss, age 89, entered into heaven on July 18, 2020 at Patriot Place Assisted Living in Berlin, Wisconsin. Whitey was born on May 7, 1931 in Oshkosh, Wisconsin to Frank and Martha (Binder) Lichtfuss. He served his country honorably during the Korean War as a member of the U.S. Air Force. On August 6, 1955 he married the former Carol Thyssen and they enjoyed over 60 years together before she preceded him in death on January 26, 2016. He was employed in the grocery business all his career, working with Roundy’s, among others. After retiring from the grocery business, he established and was President and CEO of Lichtfuss Research, a company that sold Slick 50, maps, and smoke detectors.

Whitey enjoyed camping with family, friends, and relatives and taking numerous trips with his wife Carol.

The Funeral Liturgy for Whitey, celebrating his new life in Heaven, will be held at 11:00 A.M. on Saturday, July 25, 2020 at ST. THOMAS MORE CATHOLIC CHURCH, 1825 N. McDonald St. with Father Jack Mullarkey officiating. Visitation will be at church on Saturday, July 25, 2020 from 9:00 A.M. until the time of Mass. For more information and to express online condolences please visit www.wichmannfuneralhomes.com.

Please be sure to bring your face covering and abide social distance when attending Whitey’s visitation and funeral.