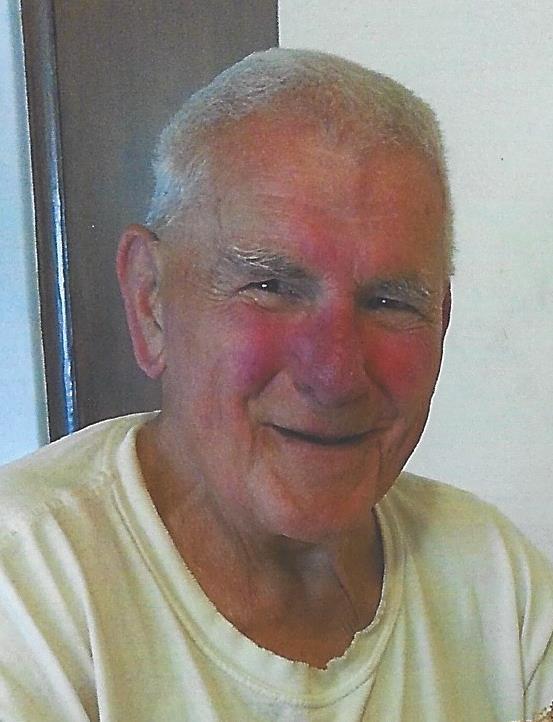 Frank A. Stepanski, age 88, of Menasha, passed away on Saturday, September 19, 2015, at his daughter's residence with his loving family by his side. On February 25, 1927, Frank Anthony was born in Neenah to Philip and Jenny (Smith) Stepanski. Frank enlisted in the United States Army and served with the 11th Airborne Occupation Force in Japan and with the 194th Combat Engineer Battalion during the Korean Conflict. On June 6, 1953, Frank married the love of his life, Gladys Mae Kulick, at St. John the Baptist Catholic Church in Menasha where they were life-long members. He faithfully loved his wife and together they enjoyed six children and 58 wonderful years. He worked for John Strange Paper Company for 37 years until his retirement. Frank's commitment to his family spoke words of who he was and how he lived his life. Dad was an active “hands on” father who was always present for numerous events and family activities. He was a dedicated member of the funeral choir at St. John's and the Neenah/Menasha Y-Nots where he enjoyed both the music and the fellowship. Dad enjoyed woodworking, spending time in the garden and was always ready to play a competitive game of Dominoes or Cribbage with his family. Our father was an unsung hero who quietly lived his values of faith, integrity, and commitment.
Frank will be greatly missed by his loving children: Mary (Richard) Kohler, Mark (Peggy) Stepanski, Susan (Kelly) Riehl, Jennifer (Tim) Schillingowski, Paula (Matt) Rodriquez, and Tim (Beth) Stepanski; his grandchildren: Andrew, Abby, Brandon, Joe (Genevieve), Jason, Ethan, AJ (Amanda), Trevor, Joseph, Timothy, Nathanael, Philip, Samuel, and Mae; great-grandchildren: Lauren, Michael, Nicholas and EllieMae; his sister-in-law, Elizabeth Leopold; and his dog, Bailey, who filled his days in mom's absence.
Frank was preceded in death by his parents, his wife, a brother, and a sister.
The Funeral Mass will be held at 11:00 am on Friday, September, 25, 2015 at St. John the Baptist Catholic Church, 516 De Pere Street in Menasha with Fr. Paul Paider officiating. Visitation will be held from 9:30 am until the hour of the Mass at the church. Interment will take place at St. John Cemetery in the Town of Menasha with Military Honors. In lieu of flowers, the family would like to honor Heartland Hospice with any memorials in Frank's name.

We would like to extend a heartfelt thank you to the Heartland Hospice “Team” who supported us through this most difficult time.