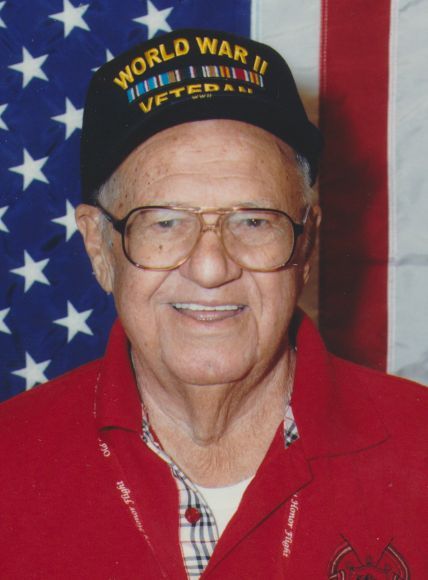 Frank A. Olson Jr., passed away on Christmas morning 2014, surrounded by his family. He was born November 18, 1925 in Kimberly, Wisconsin to the late Frank and Mary (Schiltz) Olson, Sr. He served in the U.S. Army in WWII during the Battle of the Bulge. Frank earned a purple heart and three Bronze Stars while serving in the military. He was also a Prisoner of War.

On May 21, 1949, he married Lois J. Leopold and the couple then settled in Appleton. He was employed at Repap Paper Mill in Kimberly until his retirement, where he started in the wood room and worked his way up the ladder to superintendent. He also volunteered for many years at the St. Joseph's Food Pantry.

During his youth, Frank enjoyed golfing, bowling, and playing tennis. Frank truly enjoyed gardening and spending time with his family. Family was the most important thing to Frank, and he made sure to hold them near and dear. He loved playing cribbage with his wife Lois, where she would “skunk” him many times over. He and Lois also enjoyed watching the Brewers and Packers play. Frank enjoyed both ice fishing and fishing with his family. He made it a point for all of the family to gather every year in Lakewood, Wisconsin where they would make many great memories.