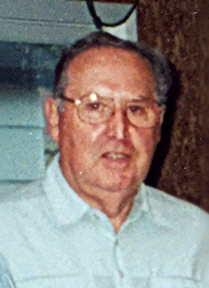 Frank Merckx was born on September 17, 1927 to Belgian immigrants August and Gabriel (Vermulen) Merckx and went home to be with Jesus on January 14, 2011. He was 83 years old. Frank lived in Kaukauna his entire life and proudly served his country during World War II, from 1943 to 1948. The first year as a Merchant Marine and four years in the Navy aboard the Aircraft Carrier, The USS Randolph in the Pacific. He married Laura Gendron on November 24, 1948 and enjoyed 62 years of marriage. Anniversaries were lovingly celebrated over the phone, because November 24th is deer hunting season, and Frank was an avid hunter. Frank loved fishing, especially the last few years on Legend Lake with Ed. He enjoyed the times fishing with Tom, Hanna and Matt on the channel in Tom's backyard. Frank also enjoyed the time he spent on the boat on Lake Winnebago with Laura, as she tanned and he fished. He worked at Thilmany Pulp and Paper Company and retired in 1990 at the age of 62.

Frank was a meticulous handyman, who was willing to lend his services to family and friends. He also loved big band music from the 40's and enjoyed his many years with the Cabernet Dance Club. In 2003, he had the opportunity to fulfill his life-long dream of going to Belgium to visit his ancestral homestead. He visited the home his father was raised in and visited the baptismal font at the church where generations of Merckx's were baptized.

The funeral liturgy for Frank will be held at 11:00 am on Monday, January 17, 2011 at HOLY CROSS CATHOLIC CHURCH, 309 Desnoyer Street, Kaukauna. Father Tom Pomeroy will be officiating. Burial will take place in the parish cemetery. A time of visitation will be held from 9:00 am until the time of mass.

The family would like to thank the ThedaCare at Home Hospice, especially Leslie and Julie, and Dr. Jack Swanson for their care and compassion.

Until we meet again, I love you.
Laura