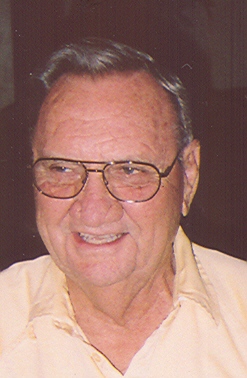 Francis W. “Hunce” Murphy, 81, of Appleton, made his journey home on July 19, 2009 with his loving family by his side. Born March 23, 1928, he was the son of the late Robert and Mary (Fox) Murphy. He served his country honorably in the United States Army. On October 20, 1956, he married the love of his life, Lois Jean Herlache and shared 53 wonderful years together. After graduating from Appleton High School and attending Oshkosh Business School, he joined the family business now known as M.C.C. (Murphy Concrete and Construction) and Black Creek Limestone Co. where he continued to be an integral part of the company until his passing. He was one of the original members of St. Pius X Parish. He is survived by his loving wife and best friend, Lois, his daughters, Dawn Murphy and Joyce (John) Stearns, his sons, Joseph Murphy and John (Michelle) Murphy, his daughter-in-law, Corinne Murphy, his grandchildren, Michelle (Chad) Davis, Nicole and Matthew Stearns, Chelsea, Jacob, Nicholas, Ian and Gareth Murphy, his sister, Arlene Gage, his brother, Robert P. Murphy and by many nieces and nephews. He was preceded in death by his son, Timothy Michael, who he is now holding in his arms, his parents, brothers, Orville and Richard and by many brothers-in-law and sisters-in-law. Our lives have been blessed with the most loving, kind hearted, patient husband, father and grandpa. He has touched many lives with his soft spoken manner. His strong faith and unconditional love for his family will live on in our hearts forever. A funeral liturgy for Hunce will be held on Wednesday, July 22, 2009 at 4:00 p.m. at St. Pius X Catholic Church, 500 W. Marquette St., Appleton with Fr. Thomas J. Farrell officiating. Family and friends may visit at the church on Wednesday from 2:00 p.m. until the time of the mass. Interment and military honors will take place in St. Joseph Cemetery, Appleton. In lieu of flowers, donations may be made to a charity of your choice.

Hunce's family would like to give a special thank you to all the staff at Theda Clark for their tender care of “Francis” and our family.
Wichmann Funeral Home
537 N. Superior St.
Appleton 739-1231