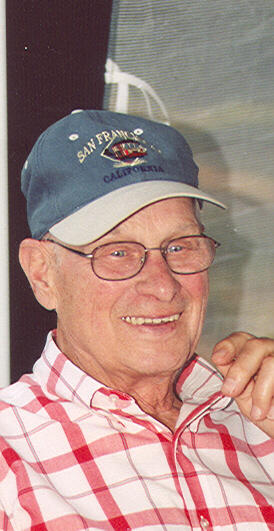 Francis T. Verbeten, age 88, of Kimberly, passed away on Saturday, November 5, 2011 at ThedaCare Hospice with his family at his side. He was born on July 3, 1923, to the late Peter and Susan (Van Laanen) Verbeten in Kimberly. Francis graduated from Kimberly High School in 1941. He married Lillian “Marie” Greis on September 26, 1944. They celebrated 62 years together prior to her passing on December 4, 2006. They were married at St. Joseph Catholic Church in Escanaba, Michigan. Francis entered the U.S. Coast Guard in 1942, where he served in the Pacific Theatre for three years. He also served in the Korean Conflict from 1950 to 1952.

Francis worked for Kimberly Clark and Midtec and retired from Repap in Kimberly after 44 years. His favorite past time was music and joined the Kimberly Community Band in 1941. He was a member of the band for 70 years. Francis held the offices of vice president and business manager, as well as being on the board of directors throughout his years with the band. Francis was also a member of Holy Spirit Parish in Kimberly, where he served as parish trustee.

The funeral liturgy for Francis will be held at 12:00 noon on Wednesday, November 9, 2011 at HOLY SPIRIT PARISH, 600 E. Kimberly Ave., Kimberly with Fr. David Beaudry officiating. Interment will take place at the parish cemetery. Friends may call at the church on Wednesday from 10:00 a.m. until the time of mass. In lieu of flowers, a memorial fund has been established in his name.

Francis' family would like to thank the staff at Appleton Medical Center and ThedaCare at Home Hospice for their care and compassion.