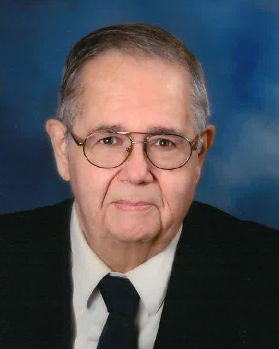 Francis Liesch, age 75, of Kaukauna passed away on September 4, 2018. He was born on February 10, 1943 in Corpus Christi, Texas, son of the late Donald and Grace Liesch. Fran graduated from Preble High School in 1960 and then joined the United States Navy where he served for three years. He married the love of his life, Dorothy (Anderson) Liesch, and they were happily married for fifty-two years. They were blessed with three sons. Fran worked many years at Thilmany Pulp and Paper Company as an Electrician and in his retirement years he worked at the YMCA.

Fran was very active at Community Church of Appleton setting up and running sound. Modeling after his father, Fran enjoyed reading about trains, visiting train yards, and watching videos of trains. Trains were such a passion of Francis that he had a large collection of train engines and had a hobby of setting them up around the house. Fran enjoyed spending the evening hours with Dorothy going for drives and watching sunsets. Fran also enjoyed spending time with his family, including following local short track races.

Visitation for Fran will take place at the Fargo Funeral Home, located at 400 W. Wisconsin Avenue in Kaukauna, on Sunday, September 9, 2018, from 1:00 PM until the time of services at 3:00 PM. Pastor Wade Hetrick will officiate, and full military honors will follow the service. Later in the day, beginning at 5:00 PM, the family will also gather with relatives and friends to celebrate Fran’s life at the COMMUNITY CHURCH OF APPLETON, located at 3701 N. Gillett Street in Appleton.