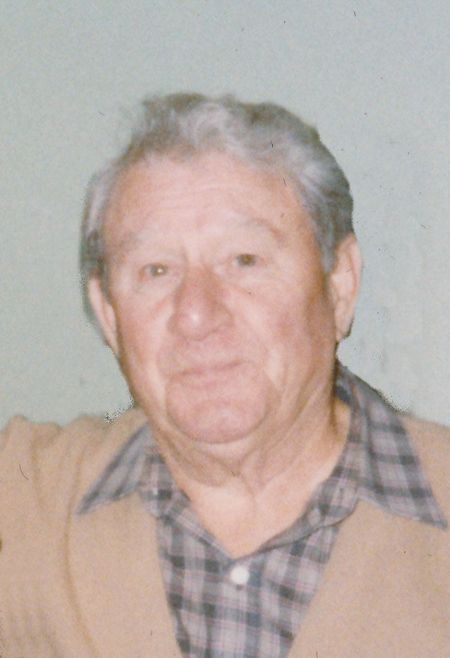 Francis J. “Fran” DuCharme of Kimberly died on Monday, November 18, 2013, after a brief illness. He was born in Kalamazoo, Michigan on July 27, 1919, the son of Wallace DuCharme and Adeline Laverdiere. The family moved to Menominee, Michigan when he was 8 years old, and he graduated from Menominee High School in 1937. Fran was active on the school golf team and won a letter in that sport. He remained an avid golfer and won numerous tournaments. Fran joined the Civilian Conservation Corps and worked on reforestation projects in the U.P. He joined the U.S. Army in March of 1941, and saw active duty in Sicily, Italy and France. Fran took part in the battle of Anzio and was awarded the Purple Heart for wounds received. He was also awarded a special commendation for bravery under fire. Fran married Laura Vachon of Worcester, Massachusetts at St. Anthony Church in that city, on August 29, 1942, and they spent 71 years together. After the war they settled in Menominee where Fran was employed at Marathon Corp. until he was transferred to Neenah in 1967.

He was preceded in death by his parents; brothers, Elmer and Leonard DuCharme; sisters, Maybelle Desotell and Betty Dufrisne; and great-granddaughter, Kayla Wittman.

The funeral Mass of Resurrection for Fran will be held at 11:00 a.m. on Saturday, November 23, 2013, at ST. PAUL CATHOLIC CHURCH, 410 E. Wallace Street, Combined Locks, with Fr. Andrew Kysely officiating. A time of visitation will be held at church from 9:00 a.m. until the time of service. Entombment will take place at Highland Memorial Park.