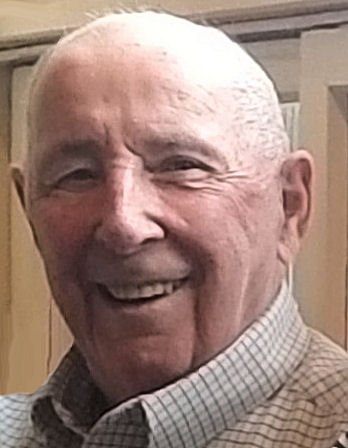 Francis Joseph Leahy passed away on June 12, 2019 and has gone to heaven to be with his wife Ruth. Frank died of complications of diabetes.

He was born July 4, 1934 in Montreal, Canada to Peter Joseph Leahy and Anne (Fryers) Leahy. Frank was the youngest of seven siblings. After the death of his father, he convinced his mother to sign papers allowing him to join the Canadian Army at the age of 15 and was assigned to The Black Watch Royal Highland Regiment, stationed in Germany. Frank was tasked with patrolling the Russian border and on his time off he was able to travel the world.

He immigrated to the USA through New York in 1957 working for the telephone company as a lineman. He made his way to California where he met and fell in love with a young nurse Ruth Van Schyndel. They were married on April 19, 1960 in her home town Appleton Wisconsin. After the first three of five children were born in California, Frank and Ruth decided to make their home near family in Appleton, Wisconsin. Frank was very proud to be a salesman and part owner of the Van Schyndel family business, Badger Metals INC.

He was known by his family and anyone who met him as someone who lived life to the fullest, making everyone around him laugh with his gift of wit and gab. Frank did it his way, whether it be singing his favorite Sinatra song at karaoke or sharing his unique and humorous perspective on life. He felt blessed to have recently seen the first of his grandchildren get married. He truly was one of a kind and his love of life and spirit of fun will live on through his family.

A farewell message to all from Frank: “Glad you got to see me”.

A Funeral Service for Frank will be held on June 18, 2019 at 4:00 PM at Wichmann-Fargo Tri-County Chapel, 1592 Oneida St., Menasha. Private interment. Family and friends may gather, at the Funeral Home, from 2:00 PM until time of Service.

In lieu of flowers, contributions may be made to the American Diabetes Association

May the road rise up to meet you.
May the wind be always at your back.
May the sun shine warm upon your face;
the rains fall soft upon your fields and until we meet again,
may God hold you in the palm of His hand.
Irish Blessing