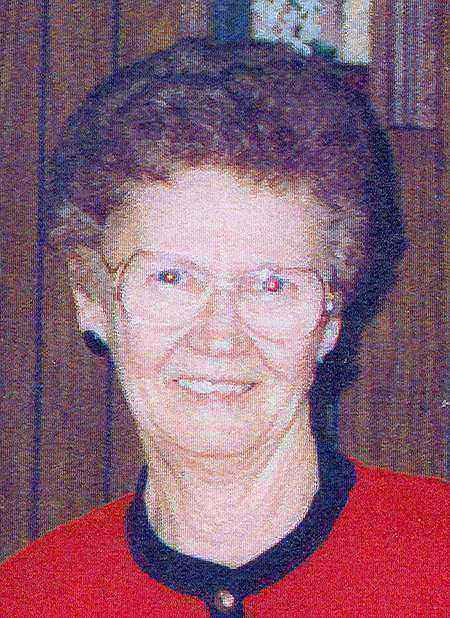 Frances P. Stoffel, 85, died Sunday afternoon, September 26, 2004, at her home with her family at her side. Fran was born October 14, 1918, in Stevens Point, to the late Anton and Veronica Hintz and had been an Appleton resident since the age of 18. Fran married Herbert J. Stoffel on February 22, 1941, in Stevens Point. Fran and Herb enjoyed spending time at their cottage on Bear Lake, playing cards and being with their friends in ‚ÄúThe Club‚Äù. She was a member of St. Therese Catholic Church. Survivors include her husband, Herb; six children, Jean Ann Rathsack, Appleton; Jim (Sally) Stoffel, Hortonville; Ken (Beck) Stoffel, Oshkosh; Rick (Rae) Stoffel, Freedom; Karen (Steve) Stroess, Appleton; Chris (Maureen) Stoffel, Appleton; 10 grandchildren, Mike (Beth) Rathsack, Rob (Kim) Rathsack, Jenny (Joe) Brown, Lisa (Ben) Johnson, Lindsey (Josh) Golackson, Nathalie (Tim) Gremore, Phillip Stoffel, Paul, Amie and John Stoffel; a great granddaughtr, Abbie Brown; a brother Leo Hintz, Stevens Point; two sisters and brothers-in-law, Ange and Bob Leow, Milwaukee; Bert and Fred Epright, Stevens Point. Fran was preceded in death by her grandson, Brian Rathsack, a son-in-law, Bob Rathsack, a brother, Chet Hintz and a sister Evie Rutta. The funeral liturgy for Frances will be held at 11:00 am, Wednesday, September 29, 2004, at ST THERESE CATHOLIC CHURCH, Morrison Street at Wisconsin Avenue, with Father William Hoffman officiating. Entombment will be in Appleton Highland Memorial Park. Friends may call at the church from 10:00 am, Wednesday, until the time of the service. A memorial fund is being established.

Fran‚Äôs children would like to thank their father for all the time he spent with her, to love her and to care for her.