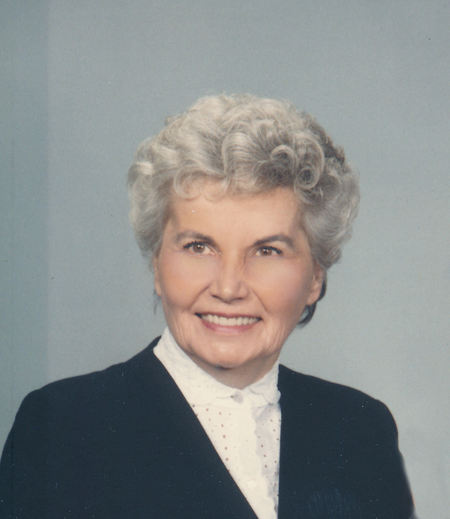 Frances Esler Biersteker, age 89, a long-time resident of Combined Locks, Wisconsin, passed away on Saturday, December 14, at Brewster Village in Appleton.
She was born on December 24, 1923 in Kaukauna, Wisconsin. After graduating from Kaukauna High School, she worked at Thilmany Paper Company before she married Maurice (“Terry”) Biersteker on June 18, 1949.

After her marriage, she worked at the Kaukauna law offices of her brother, Jack Esler, preparing tax returns; as a stock broker and, later, as compliance officer of the brokerage firm McKee, Jaeckels & Ryan in Appleton; and finally as the President of the Combined Locks Credit Union.

A memorial mass for Frances will be held at 11:00 AM on Thursday, December 19, 2013, at Holy Cross Church, 309 Desnoyer Street, Kaukauna, Wisconsin. The family will receive relatives and friends at Holy Cross Church both an hour before the mass and immediately afterwards at a reception in the church basement. In lieu of flowers, donations may be made to the American Heart Association.

The family extends their heartfelt gratitude to the staff at Brewster Village who lovingly cared for Frances for the last eight of her nearly 90 years.