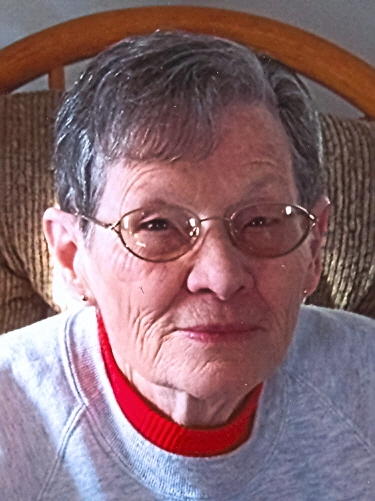 Age 82, passed away at Appleton Medical Center on Monday, February 27, 2012. She was born in New London on December 9, 1929 the daughter of the late John and Arbella (Young) Kraus. On June 23, 1952 she married her husband of 59 years, Gordon Wochinski. Fran was a proud homemaker and caregiver to everyone. She was particularly proud of her grandchildren, great-granddaughter, and her grand puppies: Casey and Bishop. Fran will be remembered for being a caring person to everyone she met.

Fran is survived by her husband, Gordy; sons, Mike (Debbie) Wochinski of Kaukauna and Greg (Carol) Wochinski of Kaukauna; will be greatly missed by her grandchildren: Cheri (special friend, Ryan Verhage), who Fran considered more of a daughter, and Michael Wochinski; great-granddaughter, Jade Wochinski; sisters, Sandy Kavanaugh and Joyce Kelly; brothers: Tony (Judy) Kraus and Les (Darlene) Seggelink; sisters-in-law, Pat Seggelink and Joan and Melvin Wilkens; and dear friend, Dorothy Verbeten. She was preceded in death by her parents: Arbella and Lester Seggelink and John Kraus; and brothers: Milton Kraus and Tom Seggelink.

The funeral liturgy will be at 4:00 p.m. on Thursday, March 1, 2012 at HOLY CROSS CATHOLIC CHURCH, 309 Desnoyer St., Kaukauna, with Fr. Tom Pomeroy officiating. Friends will be received at the church on Thursday from 2:00 p.m. until the time of the service. Burial will be in Holy Cross Cemetery, Kaukauna.

In lieu of flowers, a memorial fund in Fran's name is being established.

The family extends their sincere gratitude to Dr. Robert Ballard and the nursing staff in the Appleton Medical Center I.C.U., especially Triple R, for going above and beyond for Fran and her family in their time of need.