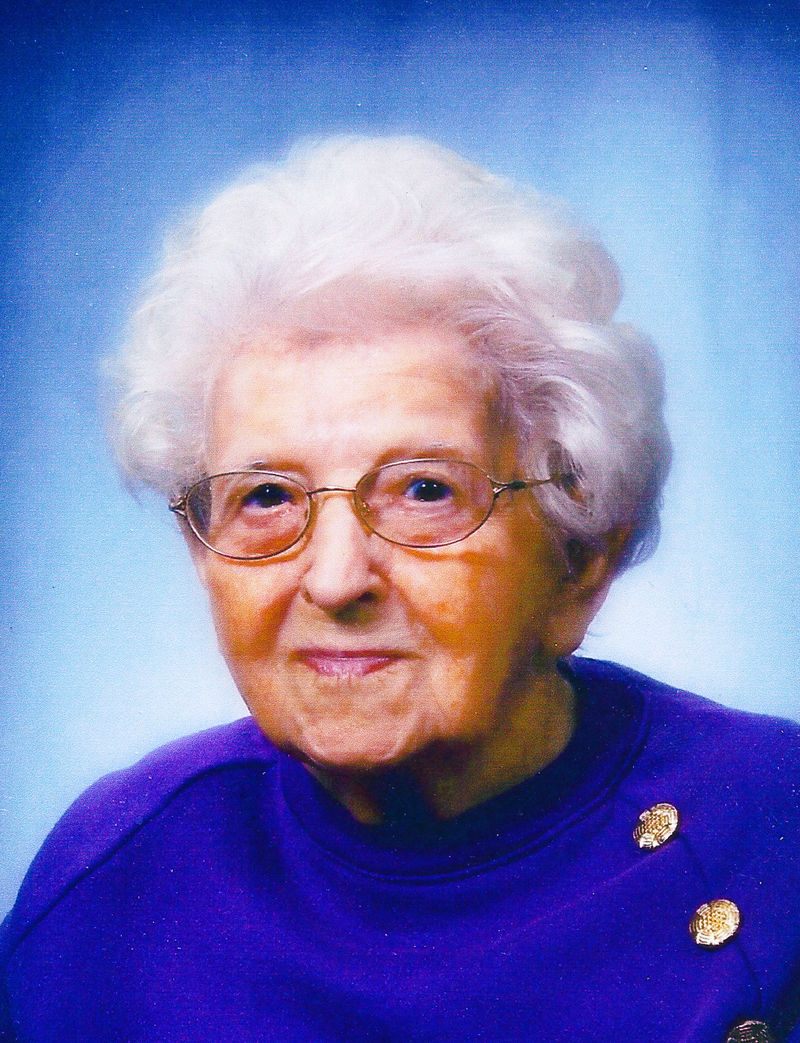 Frances A. Menzel, age 100, passed away at Brewster Village, on Tuesday, February 5, 2013. Frances was born on December 1, 1912, in Winona, Minnesota, to the late Stephen and Veronica Kierlin. She married Frank Menzel on May 16, 1936, at St. Stanislaus Kostka Catholic Church in Winona. Frank and Frances lived most of their lives in Winona, Minnesota, until coming to Appleton in 2004.

Frances is survived by her daughter, Patricia Albers, Appleton; her grandchildren, Mark, David (Judy), Scott (Fianc√© Rebecca) and James Albers; Susan (Dan), Anania, Barbara Frolich and Stephen Murphy; and her great grandchildren, Skyler, Phillip, Nicholas and Tanner Albers, and Garrett Frolich; and her great great granddaughter, Jaden. She was preceded in death by her daughter, Margaret Murphy; and her five brothers and seven sisters.

Memorial services will be at 6:00 p.m. on Monday, February 11, 2013, at WICHMANN FUNERAL HOME, 537 N. Superior Street, Appleton, with Fr. William Hoffman officiating. Friends may call from 5:00 p.m. until the time of services. A memorial has been established in her name.