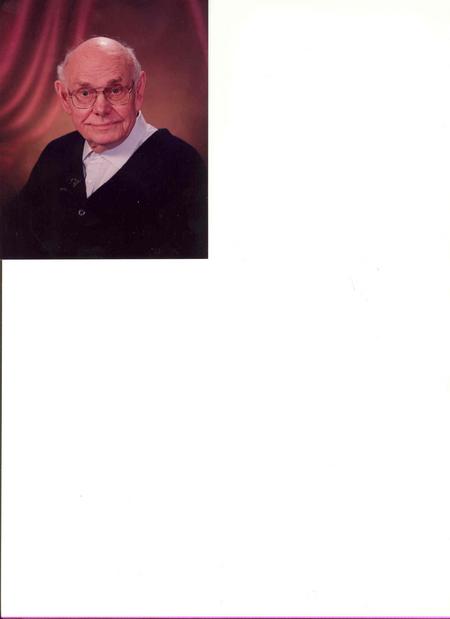 Thibedeau, Fr. Vianney, O.F.M. Cap
Age 90, died at St. Paul Home, Kaukauna where he was a resident since May 1997. He was born in Chippewa Falls, Wisconsin on October 9, 1913 of John Baptiste Thibedeau and Agnes Beaudoin.
He made first profession in the Province of St. Joseph of the Capuchin Order in July 1932 and after studies in Philosophy in Garrison, New York and studies in Theology in Marathon, Wisconsin was ordained to the Priesthood in June 1938. After completing his theological studies he was assigned to Holy Cross Friary (later St. Lawrence Friary) where during the next fourteen years he served as Student Prefect in St. Lawrence Seminary for four years, as Superior in the Friary for six years and as Director to the Sisters to Christ the King for five years and as Novice Master to the Brother Novices for two years. After earning a Masters of Arts Degree from Marquette University, Milwaukee in 1963 he returned to Mt. Calvary where he taught in the seminary until 1970. At that time he began a four-year period of teaching at St. Mary Seminary, Crown Point, Indiana. In 1974 he returned to St. Lawrence, Mt Calvary, Wisconsin where he taught until he reached senior status in 1987 at the age of seventy-four.
He was recognized by his students for being a person of exhaustive knowledge in his field of literature and composition. Besides his achievements as a teacher he also developed the accomplished hand of an artist. His watercolor paintings are greatly valued and appreciated.
Before going to St. Paul Home in 1997 he lived for five years at St. Fidelis Friary, Appleton.
He is survived by a sister, Marie, (Mrs. Richard Kilp) and a nephew, William Kilp (and wife Trena) and four nieces, Dr Jeanne Kilp, Patricia Kilp, Sr. Kathleen Kilp, member of the Franciscan Sisters of the Sorrowful Mother, and Mary Niles and four grand nieces, Lisa and Laura Kilp, Lauren Kilp and Kathryn Miles and one grand nephew Trent Miles.
There will be a wake service at St. Fidelis Friary on Thursday evening at 7:00 pm and a Liturgy of Christian Burial on Friday at 10:30 am also at St. Fidelis Friary.