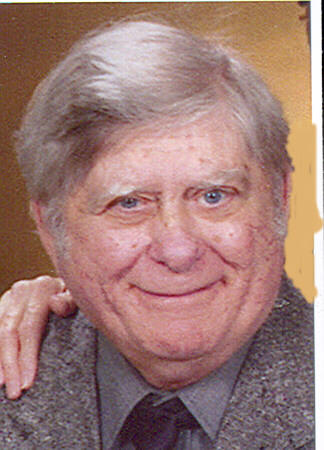 Floyd Maynard Heiden, age 83, passed away peacefully at his home with his family on Saturday, November 21, 2009. He was born in Black Creek on July 1, 1926, the son of the late Elmer and Arlene (Schultz) Heiden. Floyd graduated from Seymour High School in 1944. He was then drafted into the Army during World War II. Upon being honorably discharged from the Army, he joined the American Legion Post 332 in Black Creek, where he remained a loyal member for 57 years. Floyd worked as a mill worker for Midtec for 35 years until his retirement. In 1963 he married his late wife, Adele Klitzke. Floyd enjoyed hunting, dartball, football and especially baseball. He served as umpire and coach for the Grand Chute Freedom Center little league for many years. On December 4, 1992, he married his wife, Barbara Fleming at Bethany Evangelical Lutheran Church.

A Funeral Service for Floyd will be held at 3:00 p.m. on Tuesday, November 24, 2009, at BETHANY EVANGELICAL LUTHERAN CHURCH, 530 W. Parkway Blvd, Appleton, with the Rev. Mark Henke officiating. Visitation will be held at the church from 1:00 p.m. until the time of service. Military Honors will be performed at the conclusion of the service. The interment will be held at Highland Memorial Park.

Floyd's family wishes to extend a sincere thank you to Jeanne and Claudia of Theda care Hospice, Mary at Miracle Ear and the entire staff at the Martha Siekman Cancer Center for all their care and support for Floyd.