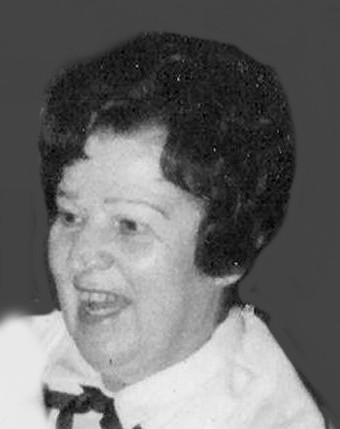 Florence M. Verhoeven, age 91, passed away Thursday evening, November 24, 2011 at a local nursing home. Florence was born in Appleton on October 5, 1920, daughter of the late Edward and Louise (Fischer) Doerfler. In 1941, she married Edgar Verhoeven at St. Therese Church in Appleton; Edgar preceded her in death in 2001. Over the years, Florence lived in the Wausau area, here in the Fox Valley, and in Florida for a time. She was an active volunteer, and enjoyed her position at Meals on Wheels. She was also a former member of the Wausau Club, The Wausau Country Club and The Wausau Curling Club. Florence, known as Duffy to her friends, enjoyed playing bridge, golfing, and curling. She and her husband Edgar won numerous awards for curling, including the coveted Perfect 8-Ender Award in 1966 at the Wausau Curling Club.

Florence is survived by a daughter: Suzanne Michalski of Weston; a granddaughter: Shannon (Oracio) Zepeda of Weston and their children Alyvia, Zander, and Angelina; a grandson: Tony Sconzert of Merrill; and two sisters: Della Medlen and Rene Paden, both of Appleton. Florence was preceded in death by her parents, her husband, a brother Harold (Lila) Doerfler, and brothers-in-law Jim Paden and Marion Medlen.

A memorial for Florence will be held at 1:00 PM on Monday, December 5, 2011 at Highland Memorial Park's Star of Hope Chapel.