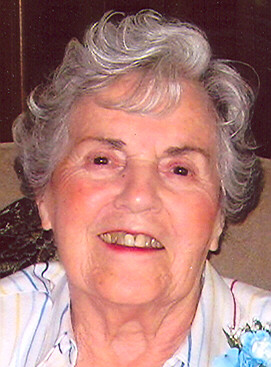 Florence Helen Garvey, age 90, formerly of rural De Pere passed away peacefully with family members at her side at Living Tree Estates in Greenville on Friday March 20, 2009. She was born June 8, 1918 in Stenen, Saskatchewan, Canada, daughter of the late Patrick and Theresa (Fischer) Wallace. Florence was well traveled in her early years; first residing in Canada where the family owned and operated a wheat farm. When she was five years old the family moved westward. Florence arrived in the United States by ship arriving in Portland Oregon in 1923. The family then traveled on to California where her father owned and operated an orange grove. She told us many stories of playing in the orange trees with her siblings and of excursions to the nearby Pacific Ocean. They later moved to Wisconsin where her father was a cheese maker in the Town of Freedom at Murphy's Corners. She graduated from Freedom High School in 1936. Florence married Mike Garvey on February 22, 1938. Together they raised nine children, built their own home and spent their lives dairy farming and raising and nurturing their family. Florence was a wonderful homemaker, her bakery and cooking skills are the family benchmark; she was always called on to bring the baked goods at family gatherings. Florence was a wonderfully patient woman slow to anger and very hard working, and caring for her family was her first priority. Her gardening and canning skills were legendary also; it was always amazing when unexpected guests would call, Florence would soon have a wonderful meal prepared for them as if it appeared out of nowhere, you never left her table hungry. Guests were forbidden to leave without being fed.