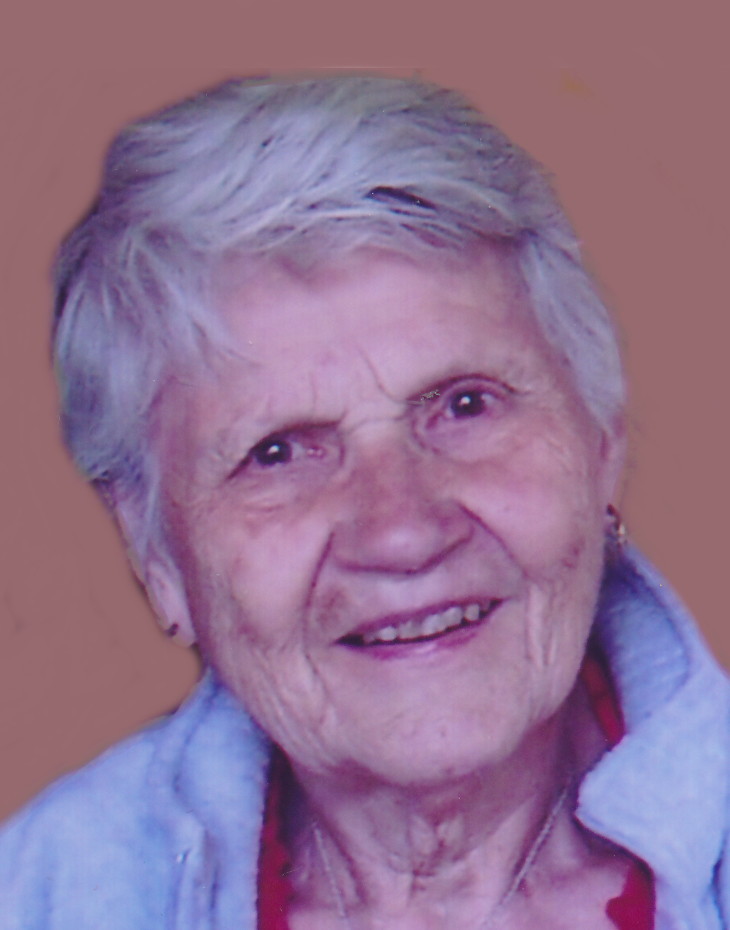 Florence Buchberger, age 91, passed away surrounded by her family on August 31, 2014. She was born on February 15, 1923 to the late Jake and Margaret (Mueller) Kuepper in the town of Harrison on the Kuepper homestead, which was established in 1881. Between milking and feeding cows she attended the Beecher School, a one-room schoolhouse in the town of Harrison, and went on to graduate from Holy Angels Darboy and Menasha High School.

Florence celebrated 64 years of marriage with Bernard Buchberger, whom she married on July 4, 1942. Together they enjoyed road trips, playing cards with the neighbors and Bernie was instrumental in facilitating the craft classes Florence taught as he carved all the wood.

Florence and Bernie had four children: Keith (Mary Jo), Neil (Susan), Scott (Valarie) and Lisa (Jeff) Kowalski. Raising four children wasn't enough activity She was a Girl Scout Leader and volunteered for Holy Name, St. Vincent de Paul for over 15 years, and taught craft classes at Kimberly High School for 31 years. She was the proud recipient of an Instructional Excellence award from Fox Valley Technical College on April 29, 2014. She also belonged to the Kimberly Homemakers, and the American Legion Axillary Post #60.

Florence was also fortunate to enjoy eight great-grandchildren: Amelia, Braden, Mason and Riley Stein, Adella and Leopold Young, Charlie Mae Buchberger and Raegen Randerson. They were all precious and special to her.

Florence is survived by many family members including sister: Jermayne Wittman; sister-in-laws: Kay (Bob) Corbeille, Theresa and Sandy Buchberger; godchildren: JoAnne Ashauer, John Buchberger, and Lori Van Dyke. Special mention should be given to the entire Kuepper clan, Nancy Gloudeman, who was like a second daughter to Florence, and Joyce Haen.

The memorial mass for Florence will be held at 5:00 PM on Friday, September 5, 2014, at HOLY SPIRIT CATHOLIC CHURCH-KIMBERLY CAMPUS. Visitation will be held from 3:00 PM until the time of service. In lieu of flowers, a memorial fund is being established in her name.

Florence touched the lives of all those she came in contact with. She never turned down an opportunity to help others and never said no to a favor asked. Her generosity and kindness were pervasive and evident in her motto “kill 'em with kindness”. Though Florence may best be remembered by her chocolate chip cookies.