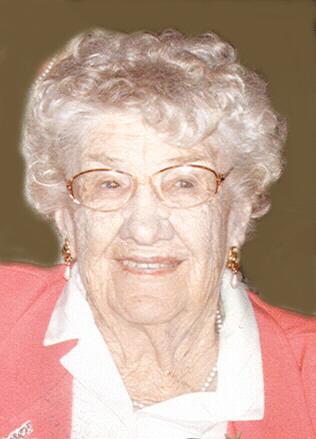 Florence was born February 2, 1925, in the town of Ellington, the daughter of the late Fred C. and Cora May (Alvord) Riehl. She was a graduate of Shiocton High School, and moved to Appleton in 1964. Prior to her retirement, Florence was employed for many years at the former Rich‚Äôs Bakery in Appleton.
‚ÄúGrandma Toy‚Äù was an avid card player, joining her friends regularly in playing sheepshead on Sundays after church and Wednesday afternoons at the VFW. She loved to cook, and had an extensive doll collection. Her favorite times were family gatherings, especially at the holidays, watching the Wisconsin Badgers play sports, and the companionship of her pet chihuahua, Pepper.

Funeral services for Florence will be at 11:00 a.m. Monday, October 23, 2006, at ZION LUTHERAN CHURCH, 912 North Oneida Street, with Rev. Larry Matthews officiating. Interment will be in Emmanuel Lutheran Cemetery, Seymour. Friends may call on Sunday from 4:00 p.m. until 8:00 p.m. at the funeral home, and again on Monday from 10:00 a.m. until the time of services at the church. A memorial fund in Florence‚Äôs name is being established.
The family would like to express their thanks to Florence‚Äôs special neighbor, Ronnie McIntire for his caring and friendship given to her, and also to her friend, Eric Harthun, for his caring and friendship.