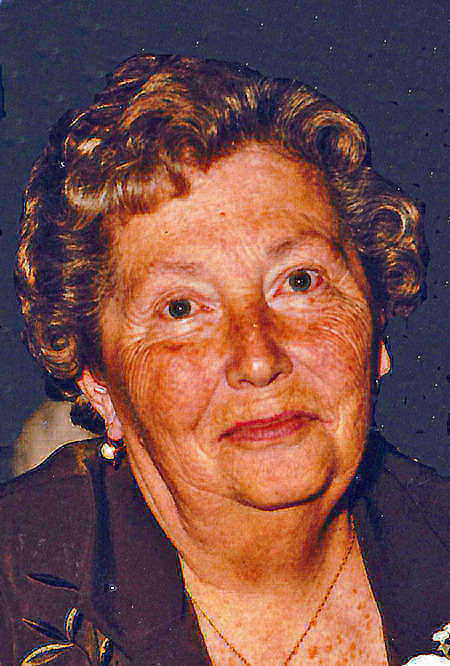 Evelyn was a wonderful mother and a proud grandmother, and she will be greatly missed by all who knew her. Evelyn enjoyed listening to and watching the birds at the family cottage in Iola. She loved flowers; her favorite was Lilly of the Valley. She was a member of St. Mary's Catholic Church.

In addition to her parents, Evelyn was preceded in death by her husband Ed, her brothers Robert and Karl and her sister Ethel (Gordon) Krause, and her sisters-in-law; Inez (Doug) Nichols; Marie (Fred) Manzagol, Lois (George) Krueger.

Online condolences may be expressed at www.wichmannfargo.com. In lieu of flowers memorials may be made in her name. The family would like to thank her care givers from Home Instead, St. Paul Home on Appletree court and especially her neighbors on Lee Street for everything they have done for her over the years.