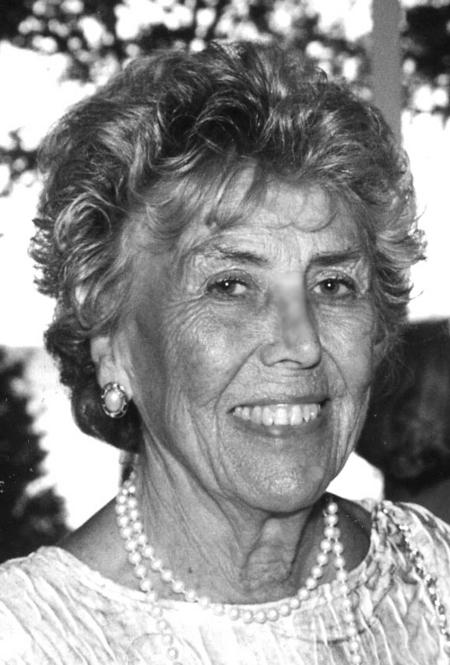 Evelyn was an active member of the community, as a lifelong volunteer in the American Red Cross and an activist in the Wisconsin Republican Party, among many other organizations. She was a loving wife, mother, grandmother and great grandmother, and her sense of humor earned her friends of all ages. She liked to learn something new every day. She was smart and energetic, a great beauty and a woman of style until the end.

A graduate of St. Katherine's School, Davenport, Iowa in 1938, Evelyn received her Bachelor of Arts Degree from Connecticut College in 1942, and graduated from the AIB Business School in Des Moines in 1943. She then became an editor of the in-house publication at Look Magazine from 1943 to 1945.

Although on the road to a promising career, she could not resist the strong urge to do something for her country during the war years, so she left Look Magazine to join the Red Cross Clubmobile. She spent a year in Le Havre, France, dispensing coffee and donuts to the troops, who were waiting long hours at the docks for their ships to land. It was there that she met Talbot Peterson, known as Pete, an officer stationed there. One cold November day, he saw her handing out donuts on the docks and slammed on the brakes of his Jeep to introduce himself. They married a year later, on November 23, 1946.

Evelyn settled down in her husband's hometown of Appleton, Wisconsin, and busily set about becoming an involved member of her adopted community. She had two children, Frances and Michael, and was a Girl Scout leader and a Cub Scout den mother. Over the years, she was active in community fund drives, and became a member of the Benefit Circle of the Kings Daughters. Recently, she was honored by that organization for fifty years of service. For many years, Evelyn volunteered for the Red Cross and Meals on Wheels. In addition to volunteering, she also served on several boards, including the Fox Valley Symphony in the late sixties. She was also a member of the state of Wisconsin's Medical Mediation Board.

Evelyn will be remembered for these accomplishments, but what her family and her many, many friends will miss most are her empathy, graciousness, witty observations, passion for their lives, and zest for bringing people together.

In lieu of flowers, Evelyn's family requests that donations be made in her name to the American Red Cross, 1302 E. Wisconsin Avenue, Appleton, WI 54911.