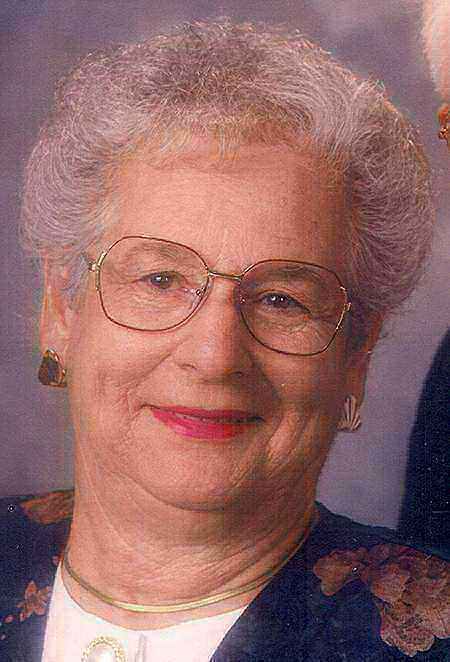 She was born June 8, 1920 in Little Chute, the daughter of the late Theodore and Hattie (Hieptas) Lamers. On October 30, 1943 she married Norbert Conrad in Park Ridge, New Jersey. Eva worked all her life at home caring for her family. She was a member of St. Nicholas Catholic Church, Christian Mother Society, and the VFW Freedom Post 7692 Auxiliary. Eva will be sadly missed by her family and friends.

The funeral liturgy for Eva will be held at 4:00 P.M. Thursday, November 10, 2005 at ST. NICHOLAS CATHOLIC CHURCH, Freedom, with Father John Schuetze officiating. Burial will be in St. Nicholas Cemetery. Friends may call at the church on Thursday from 1:00 P.M. until time of the mass. In lieu of flowers, a memorial fund is being established.

The family would like to express their deepest appreciation to Dr. Robert Geller, Jenny Greiner and the oncology staff and Dr. Ayanrino at St. Elizabeth‚Äôs Hospital. We will never forget the kindness and love you showed to our mother.