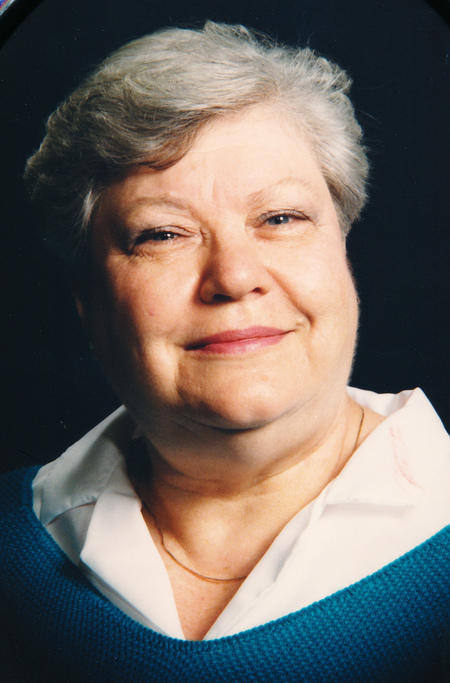 Eunice Mary Kappell, of Kaukauna, age 87, died peacefully on Sunday, June 17, 2012 at Brewster Village with her family at her side. She was born on November 4, 1924, in Appleton, the daughter of the late Herbert and Cecelia (Fisher) Mielke. On June 30, 1945, Eunice married Clifford R. Kappell in Appleton. She was a faithful member of St. Katharine Drexel Parish in Kaukauna and volunteered in the school library. She worked as telephone operator at Wisconsin Bell for 7 years. Eunice was always willing to give a helping hand to neighbors and friends. Her many interests included; knitting, crocheting, sewing, crafts, crossword puzzles, and she was an avid reader. She loved being around her family, and young children would make her eyes light up. Eunice always put others first and her love and care will be deeply missed.
Eunice is survived by her children: Mary (Brian) Supalla of Beaverton, Oregon; Robert (Joan) Kappell of Tucson, Arizona; and Martha (John) Kemp of Egg Harbor; grandchildren: Kara, Laura, and Christopher Supalla; Nicholas Moss; Kara (Keven) Beattie, Lori Kemp, Amanda (David) Pring, and Molly (Josh) Schwader; two great grandson: Jack and Levi Schwader; three sisters: Rosemary Garvey of Appleton; Dorothy (Al) Mengarelli of Kaukauna; and Barbara Adrian of Appleton and her brother: James (Marilyn) Mielke of Appleton. She is further survived by nieces, nephews, other relatives and friends. Eunice was preceded in death by her son, Stephen Kappell; brother, Joseph Mielke and brothers-in-law, Bill Garvey, Jack Adrian and Lewis Christianson.
The funeral liturgy for Eunice will be held at 11:00 am on Friday, June 22, 2012 at ST. KATHARINE DREXEL PARISH/ST. MARY'S CHURCH, 119 West Seventh Street in Kaukauna with Father Jerry Pastors officiating. Inurnment will take place in the parish cemetery. The family will receive relatives and friends at the church from 10:00 am until the time of mass. In lieu of flowers, a memorial fund has been established in her name. Online condolences can be expressed at www.wichmannfargo.com.
The family would like to thank the phenomenal staff at Brewster Village for your outstanding care and compassion. Also, thanks goes out to friends and neighbors for their wonderful help in assisting Mom through the years.