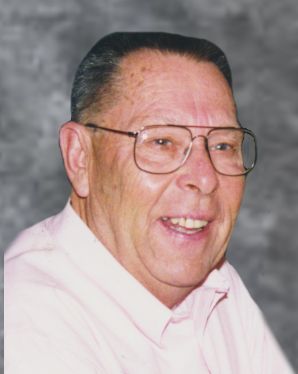 Gene Vallafskey, age 80 of Shiocton, was called home to Jesus' side on Thursday night, September 15, 2016. Gene was born in Appleton on August 13, 1936, son of the late Verne and Verona (Voigt) Vallafskey. He attended Shiocton High School, and served two tours of duty with the United States Army, totaling eight years. Prior to his entry into the Army, he married the former Carol Fehrman on September 23, 1954; she preceded him in death on March 19, 2012. Over the years, Gene held many jobs, but most will remember him for his work in the transportation industry. He drove truck for various companies, and later became an instructor at Fox Valley Technical College. His later years were spent as a private safety consultant in the trucking industry. He loved to fish, travel, and spend time in his woodworking shop. He was also well known as a good cook who also enjoyed eating the meals as much as preparing them. Gene was a longtime and faithful member of First Evangelical Lutheran Church in Shiocton. Ask any of Gene and Carol's children, grandchildren and great-grandchildren who they could always count on seeing in the bleachers, stands, seats…cheering them on in whatever sporting event or fine arts activity they might be participating in. Grandma and Grandpa were always there.

Gene is also survived by a sister: Judith (Jim) Huse of Shiocton; a brother: Ronald “Toby” (Kathy) Vallafskey of Townsend; and his in-laws: Edwin (Juanita) Fehrman of Illinois; Ruth (Jim) Pleshek of Appleton; Phillip Fehrman of Oklahoma; and Larry Fehrman of Appleton.

There are also many nieces, nephews, other relatives, friends, and wonderful neighbors. Gene was preceded in death by his parents, his wife Carol, and her parents Edwin and Eva Fehrman, and his precious Aunt Hattie.

The Christian Funeral Service for Gene will be held at 1:00 PM on Monday, September 19, 2016 at FIRST EVANGELICAL LUTHERAN CHURCH, N5620 Broad Street in Shiocton, with Rev. Paul Hinz officiating. Interment with full military honors will follow in the Bovina Cemetery. Family and friends are invited to gather at the Wichmann Funeral Home, 537 N. Superior Street in Appleton on Sunday from 1:00 PM until 4:00 PM, and again Monday at the church in Shiocton from 11:00 AM until the time of the worship service.

A special thank you to Erin and staff at Matthews of Neenah and to Shannon and staff of Compassus for treating our dad with compassion, dignity and love.