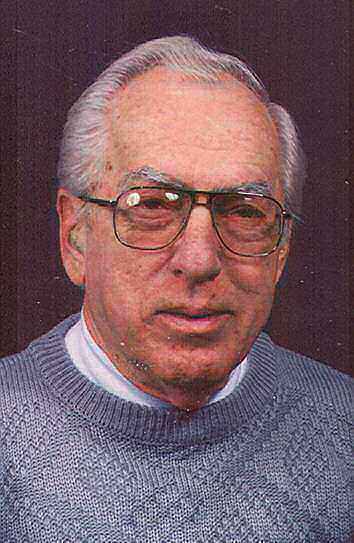 He was born December 18, 1926, in Racine, the son of Earl M. and Josephine (Krainek) Meyers. Gene spent his childhood years in Racine and was a graduate of St. Catherine High School. He enlisted in the U.S. Army, and served our country during World War II. Following his enlistment, he attended technical college and studied data processing. Eugene was united in marriage to Shirley Bresnahan on October 18, 1947, in Kenosha, and they began their wonderful family.
Prior to his retirement in 1989, Gene was a senior systems analyst, and during his career was employed with IBM, Mirro Company, and Time Insurance. He loved to go out dancing with Shirley, and treasured times at their cottage on Little Silver Lake near Wild Rose.

The memorial mass for Eugene will be celebrated at 11:00 a.m. Wednesday, July 18, 2007, at ST. PIUS X CATHOLIC CHURCH, 500 West Marquette Street, with Father Tom Farrell as celebrant. Visitation will begin at 10:00 a.m. until the time of mass directly at the church. Inurnment will be in Appleton Highland Memorial Park. A memorial fund in Gene‚Äôs name is being established.