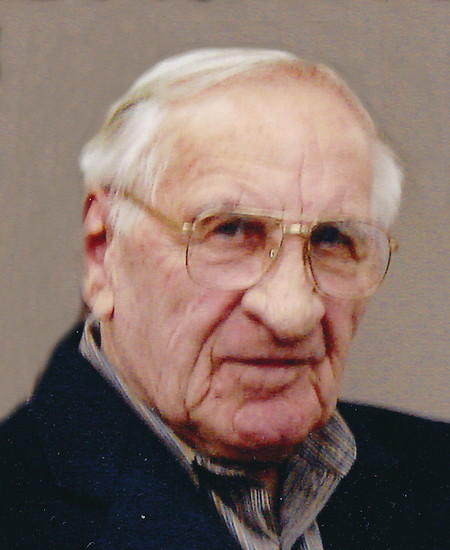 Eugene was born on October 27, 1919 in Grand Chute to the late John and Anna (Schilling) Paltzer. He married Marcella Wittlin on November 25, 1943. Eugene worked at Western Elevator in Appleton and then as a loan officer for 20 years at Production Credit Association. He was a charter member of the Columbine 4-H Club, a member of the Knights of Columbus, Wisconsin and National Director of Post N of Traveler's Protective Association. He attended many state and national conventions for TPA, with his wife Marcie. He was a treasurer for the Town of Grand Chute in the late 1960's. Eugene enjoyed bowling in several Appleton leagues and attended many state and national conventions. He and Marcie enjoyed traveling together and Eugene played a lot of golf after he retired. He especially enjoyed any “party” with his family and friends. Gene took great pride in being the last surviving Meade Street Paltzer.

Our heartfelt thanks to all the caregivers at Rennes Health Center for taking such loving care of “Happy Feet”. In lieu of flowers a memorial is being established in his name. Online Condolences may be expressed at www.wichmannfargo.com.