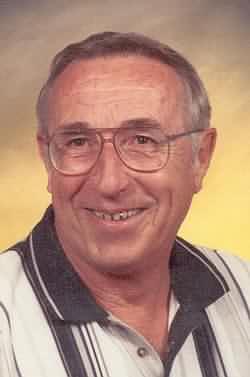 Age 72, died peacefully at his home in Appleton from cancer on Friday March 14, 2003. He was born in Appleton on August 10, 1930, son of the late Phillip and Agnes (Bissing) Vercauteren. On February 19, 1955, he married Alice Sweere in Hilbert at St. Mary Catholic Church. Gene served in the United States Navy during the Korean Conflict aboard the U.S.S. Joseph P. Kennedy, which policed the 38th Parallel. He belonged to the Veterans of Foreign Wars Post 2778 and the American Legion Post 38, both in Appleton. As a truck driver, Gene worked for Rich‚Äôs Bakery for 30 years. Gene and Alice enjoyed spending time together at the cottage on Lake Winnebago, traveling, especially to California during the winter. He loved to golf, read, do home repairs and spend time with his dog ‚ÄúSadie.‚Äù

Gene was preceded in death by his parents and two sisters.

The funeral liturgy will be at 4:00 p.m. on Thursday, March 20, 2003, at St. Bernard Catholic Church, 1617 West Pine Street, Appleton, with Fr. John Bergstadt officiating. Friends will be received at the church from 2:00 p.m. until the time of the service. Innichement will be at Appleton Highland Memorial Park on Friday at 10:00 a.m. with a military honors service conducted by the V.F.W. Post #2778.

The family extends a special thank you to the staff of Affinity Hospice Care for their compassionate care.

In lieu of flowers, memorials in Gene‚Äôs name to Affinity Hospice Care would be appreciated.