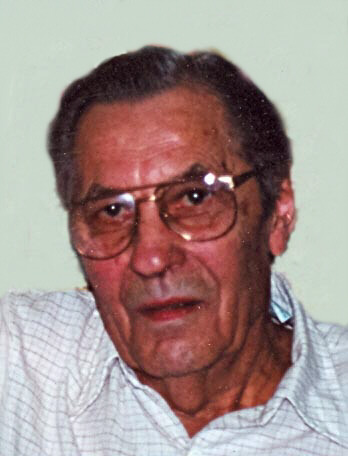 Eugene “Fatty Daddy” Edward Delcore, age 86, of Kaukauna, joined his wife in Heaven on Wednesday evening, March 11, 2009. Eugene was born in Kaukauna on May 25, 1922 to the late Joseph and Rose (Pfund) Delcore. He attended local schools until enlisting into the US Navy where he was an aviation machinist second class USNR, until his honorable discharge on November 8, 1945. On November 3, 1944 Eugene was united in marriage to Dolores M. Micholic in Green Bay. They enjoyed 59 wonderful years together until Dolores preceded him in death on November 15, 2003.

Eugene enjoyed fishing on the Lake Winnebago system and was an avid sportsman who loved to watch the Packers and NASCAR. Most of all he loved all the time spent with his children, grandchildren, and great-grandchildren.

In addition to his wife Dolores, Eugene is preceded in death by his two brothers: Delore, Willard; two sisters: Claire and Yvette; son-in-law: Frank Gipp; and his granddaughter, Susan Hurkman.

A Funeral Service for Eugene will be held 2:00 p.m. Saturday, March 14, 2009 at FARGO FUNERAL HOME, 400 West Wisconsin Ave., Kaukauna. A time of visitation and support will be held at the funeral home on Saturday at 12 noon until the time of service. Full military honors will follow the service. Burial will take place at St. Mary Cemetery.

In lieu of flowers, a memorial fund has been established in Eugene's name.

Eugene's family would like to express a heartfelt thank you to Lisa and David Cummings for being a very special neighbors and friends to our father.