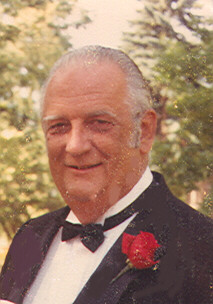 On June 1, 1953 Gene was united in marriage to Phyllis Fuller at St. Joseph Catholic Church, Appleton. He met Phyllis in London, England while serving in the US Air Force during the Korean War.

Gene was an avid sports fan, in his younger years he played football, basketball, and track. For many years he was an assistant youth coach at St. Joseph Catholic School and Xavier High School.

Most of all Gene's greatest joy was his grandchildren and family.

In addition to his wife, Phyllis “Nana”, Gene is survived by his three daughters: Terri Kelly, and her daughter Erica, Toni (Dan) Wettstein, and their children, Renee, Katie, and Maggie, Tracey (Tom) Siebers, and their children Kyle and Luke; three brothers: Don (Ruth), Marvin (Wanda), and Al (Sue) West; one sister: Mary Ann Gleason; and numerous nieces, nephews, and friends.

Gene is preceded in death by his brother, Wayne and brother-in-law, Jerry Gleason.

A Memorial Service for Gene will be held, 6:00 p.m. Tuesday, June 30, 2009 at WICHMANN TRI-COUNTY CHAPEL, 3212 S. Oneida Street, Appleton. A time of visitation and support will be held at the funeral home on Tuesday from 4:00 p.m. until the time of service.

A memorial fund has been established in Gene's name.