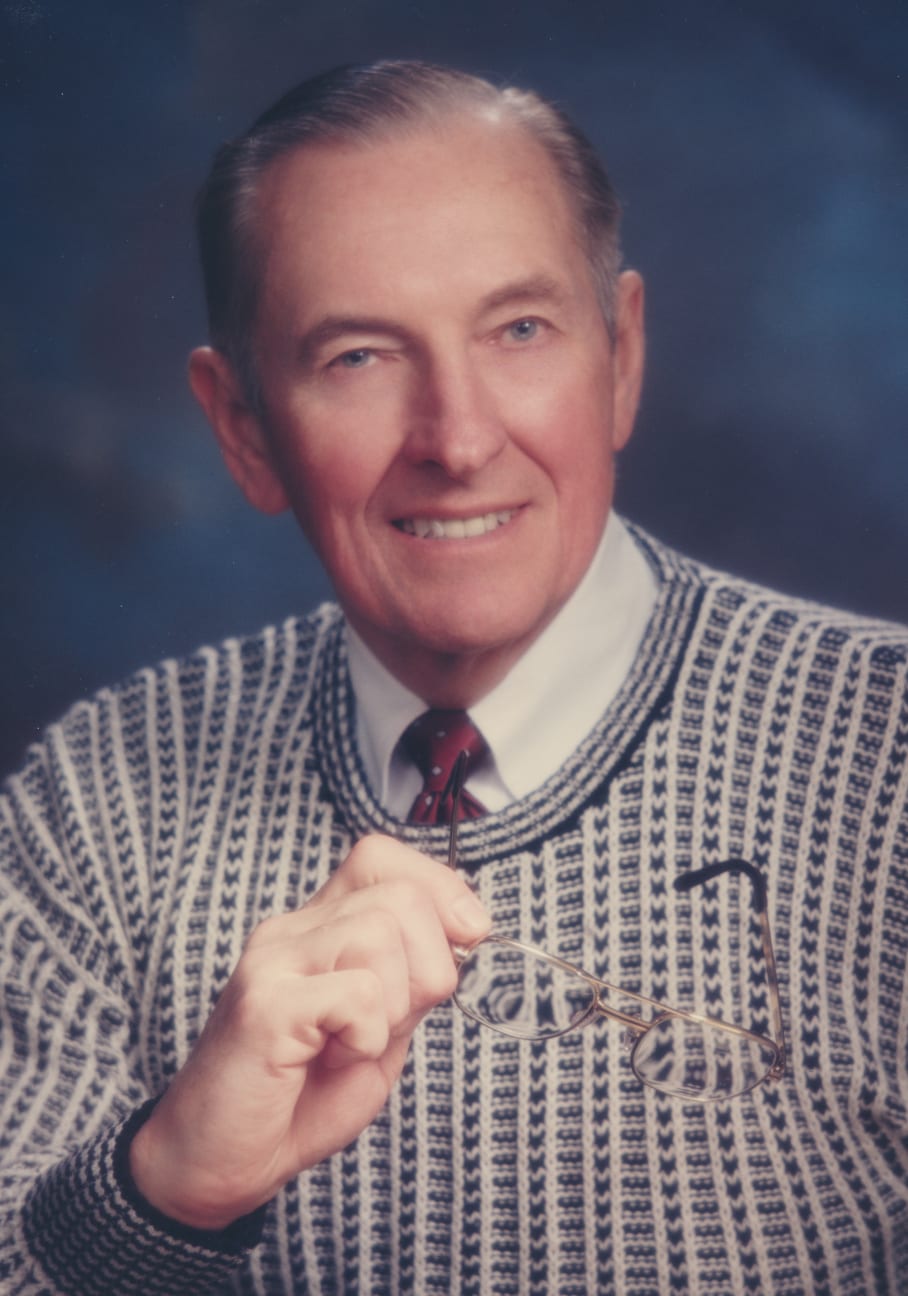 At Gene’s request, a private service is being held.

Gene was born on September 20, 1925 in Caroline, Wisconsin son of Wencel and Viola (Mehlberg) Sousek. He attended and graduated from Appleton West in 1943 and enlisted in the Army Air Force following school. As an Aviation Cadet, he received training as a pilot and as a B-29 Flight Engineer from 1943 to 1945.

Gene married Joyce L. Jantz, his childhood sweetheart in 1950. Together they enjoyed their daughter, Holly, building new homes, playing cards, traveling, and summers at a cottage. Joyce preceded him in death. He is survived by his daughter Holly (Aaron) Kiesau and their children; Samantha, John, and Joey, and their families.

He attended and graduated from UW-Oshkosh. He was employed by Fox Tractor for 41 years, serving as Director of Engineering during the later years until 1986. Followed by employment at the M-B Co. at Chilton as Vice-President of Engineering until 1996. This followed employment at Ellington Machine and Appleton Control Systems as Mechanical Engineer using computers to design and build equipment for the mining industries around the world. He was a member of the American Society of Agricultural Engineers, Society of Automotive Engineers, American Society of Mechanical Engineers, and a licensed Professional Engineer in Wisconsin. He also authored and co-authored 20 US and foreign patents.

Gene is survived by his wife, Evelyn and her children; Mary (Mark Napholz) Hanson; Melissa (Ron) Feldman: and Elizabeth (Rick) Verhagen and their families.

At Gene’s request, a private family graveside service will be held at Appleton Highland Memorial and he will be buried next to his wife, Joyce.

At Gene’s request, a private service is being held.