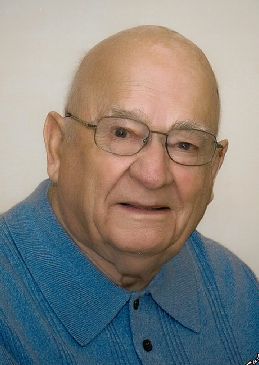 Eugene A. Kolb, age 90, of Appleton, passed away on Sunday, November 20, 2016. He was born on July 17, 1926 in Town of Meeme, Wisconsin to the late Alden and Myra (Klessig) Kolb. Eugene graduated from Sheboygan Central High in 1944. Eugene married, Mildred Eisner, in July of 1948, and together were blessed with three children.
In April of 1948 he joined the Wisconsin Telephone Company and retired thirty-eight years later in 1986. His career took him and his family from Sheboygan to Manitowoc, Oshkosh, Appleton, and Milwaukee. He spent his retirement years in Little Chute.
Eugene embarked on his Masonic Fraternal Order in 1958. He proudly earned the degree of Master Mason at the Sheboygan Lodge #11. Eugene began his Shrine affiliation at Tripoli Shrine in 1978 and in 1988 he became a member of Beja. His contributions to the Shriners organization included Past President, Treasurer and Chief Aide, $100 Million Dollar Award holder, charter member of the Long Riders, working on the Hospital Patient Transfer Team, ushering at the Green Bay and Appleton Circus events, and assisting with the Paper Crusade. He also served on the Board of Directors for the Wisconsin Shrine Bowl and was past Treasurer of the Beja Trustees. One of his most fond memories was riding the Shriner Supercycle in parades throughout Wisconsin.
Outside of the realm of his Shrine Service, Eugene also served the community by volunteering for the Salvation Army bell ringing and Christmas gift distribution; and served as a Past President of the Telephone Pioneers of America – Fox Valley Council.
He is survived by his wife, Mildred, with whom he shared sixty-eight years in marriage; his three children, Nancy (Jerry) Hayes of Kaukauna, Glen (Anna) Kolb of Orlando and Gary (Ann Henderson) Kolb of Atlanta; grandchildren, Erika (Erik) Berendsen, Gretchen (Jim) Danielson, Kyle (Kylie) Hayes, Tyler Kolb and Kelsey Kolb; great-grandchildren, Macy, Hadley and Kale Berendsen, Bayla and Irie Danielson and Jayda and Finley Hayes. He is further survived by his sister, Annette Schaefer; sisters-in-law, Carol Kolb and Lorene Gebler and many nieces, nephews, other relatives and dear friends.
In addition to his parents Eugene was preceded in death by his mother-in-law, Alma Eisner; his brother, Carl Kolb and his brothers-in-law, Lowell Schaefer and Allan Gebler.
The memorial service will be held on Saturday, December 17, 2016 at 11:00 a.m. at WICHMANN FUNERAL HOME – TRICOUNTY CHAPEL, 1592 Oneida Street in Menasha. Visitation will be held on Saturday starting at 9:00 a.m. until the time of the service. Inurnment will be held at Greenlawn Memorial Park in Sheboygan. In lieu of flowers, a memorial fund has been established in Eugene's name. Online condolences can be offered at www.wichmannfargo.com.