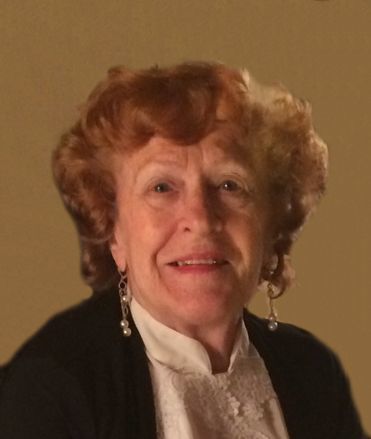 Ethel Powell, age 92, passed away peacefully on Monday, January 30, 2017. Ethel was born on December 5, 1924 to the late Walter and Ethel (Hodgson) Block. In December of 1944, she enlisted in the U.S. Coast Guard. She had a variety of medical experiences and jobs while serving from escorting patients from ships to doing blood tests for Merchant Marines. After discharge from the U.S. Coast Guard, she worked in Lakeland Memorial Hospital assisting in surgery set ups. She was a member of the Freedom VFW and Women's Auxiliary. Ethel was always looking to further her knowledge in any way, especially when it came to learning technology. She enjoyed her Ipad and going on Facebook. She also enjoyed spending time with her dog “Shock”, her flower garden, birds, cats, and feeding their family pet fox “Cagey”.

Ethel will be greatly missed by her children: Erick (Bonnie) Bullion, Kieth Bullion, and Gale (Timothy) Nickels; six grandchildren; eight great-grandchildren; and sister-in-law, Geraine Block. She is further survived by many nieces, nephews, other relatives and friends.

A memorial service in memory of Ethel will be held at 11 a.m. on Saturday, February 18, 2017 at WICHMANN FUNERAL HOME, 537 N. Superior St. Appleton. There will be a time of visitation from 9 a.m. until the time of service. Online condolences can be expressed at www.wichmannfargo.com.

In lieu of flowers, donations can be made to ThedaCare at Home Hospice in honor of Ethel.

The family would like to give a special thank you ThedaCare at Home for their wonderful loving care of their mother.