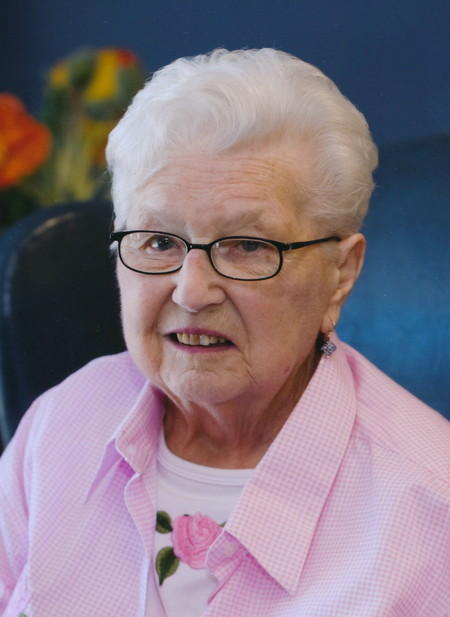 Formerly of Appleton, age 83, died Monday, July 18, 2011 at Marinuka Manor, Galesville, Wisconsin. She was born October 23, 1927 in Neenah to the late Mabel (Walter) Herzfeldt and Lester Hoks. She married Marvin A. Abel on January 29, 1944 in Appleton. Together Marvin and Ethel operated Cecil Hardware and later Abel Heating and Cooling. They moved to Galesville during Marvin's illness and Ethel enjoyed living in the 'Garden of Eden' the past thirteen years. She made many new friends and enjoyed sharing her apartment in Western Wisconsin with her Appleton friends. Ethel was an avid reader and even with failing eyesight she kept finding ways to read her Portals of Prayer daily.

Ethel is survived by three children: Joan (Tom) Marohl of Green Bay; Don (Mary) Abel of Appleton; and Karen “Kate” (Jim) Hardt of Galesville; and four grandchildren. She is further survived by her South Dakota “sister” Angie Bjorklund and her family. Ethel was preceded in death by her husband, Marvin and two grandchildren Maggie and Michael Hardt.

Funeral services will be at 5:30 p.m. Thursday, July 21, 2011at the Wichmann Funeral Home, Appleton with the Rev. Bryant Haney of Zion Lutheran Church, Galesville officiating. Friends may call directly at the funeral home on Thursday from 4 p.m. until the time of services. Interment will be in Highland Memorial Park.