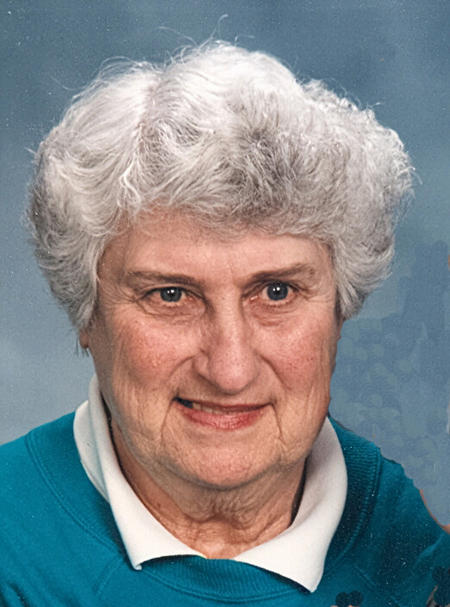 Ethel M. (Schreurs) Femal, Age 85, passed away on Tuesday, November 15, 2011 at Parkside Care Center. Ethel was born on September 26, 1926 in Wrightstown, Wisconsin the daughter of the late John and Agnes M. (Gerrits) Schreurs.

She grew up in Wrightstown, graduated from Wrightstown High in 1944 and married Clifford R. Femal on October 10, 1947. Ethel was a devoted mother and wife and with Cliff raised three children in Kaukauna. She worked for short periods at the Woolen Mill in Appleton and at Kaukauna Klub Cheese. She liked to garden and put a little love in all the fruit and vegetables she canned and the food she prepared. Ethel was a longtime member of Holy Cross Church and the Fox Valley Golf Club. She enjoyed golf, fishing, playing cards and was an avid Packer fan.

A memorial service will be held at 4:00 p.m. Tuesday, November 22 at HOLY CROSS CHURCH, 309 Desnoyer Street, Kaukauna with Fr. Jim Vanden Hogen officiating. Family will receive friends and family at a dinner to follow in Friendship Hall.