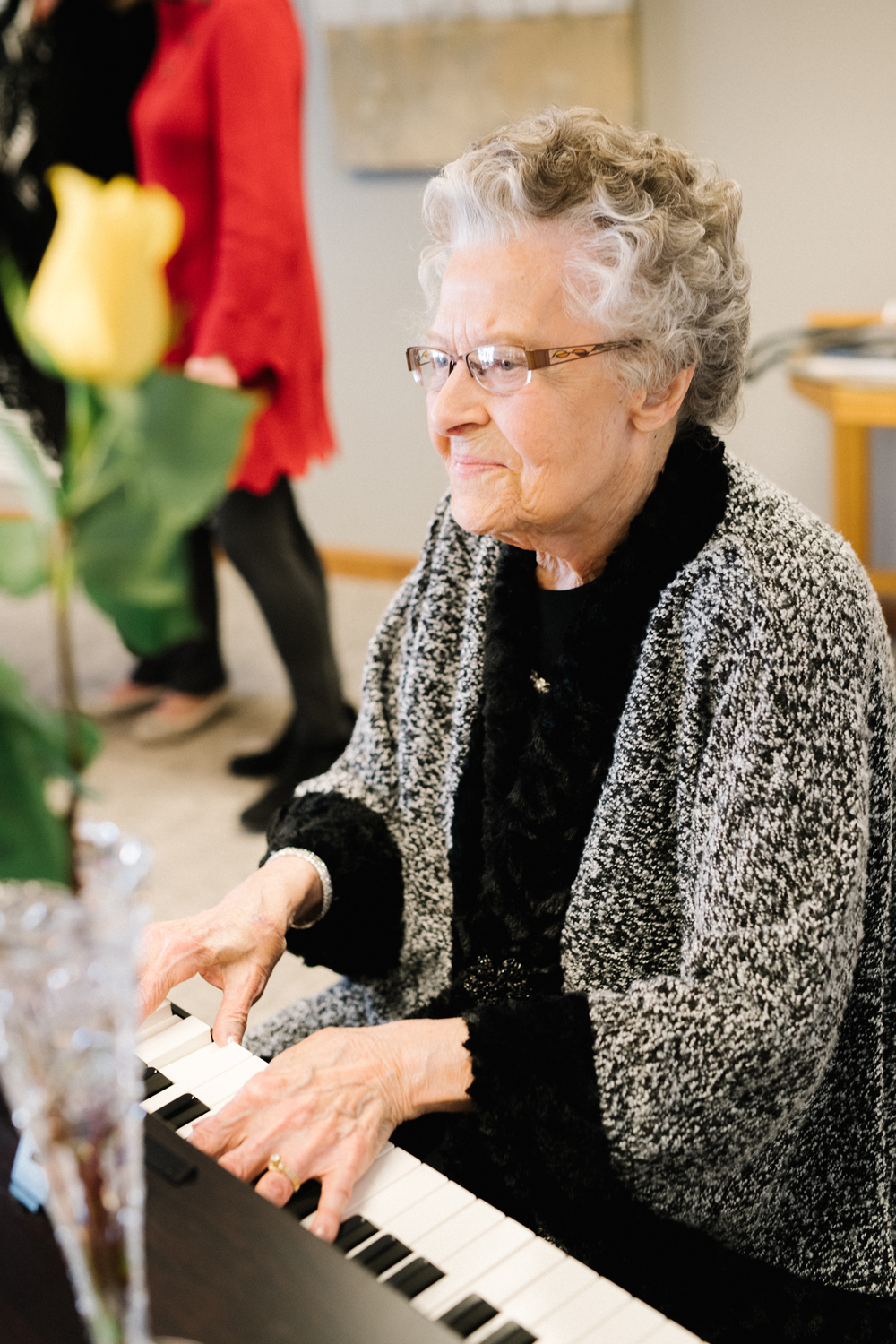 Ethel Leonore Meyer was born on April 3, 1928 to Clarence and Gertrude Meyer in Chicago, Illinois.  Church was always a central part of her life and heart, beginning as a little girl riding the EL in Chicago with her sister Meryle and mom to attend Lakeview Church every Sunday.  Ethel began playing the piano at an early age and played regularly for Chicago City Wide Youth Events and the Gospel Tabernacle Church.

Music played a huge part in Ethel’s life. In Chicago, as a young lady, she played piano and sang with a trio along with her sister Meryle and life-long friends, Joyce, Shirley and Pauline.  They recorded several of their songs with Ethel doing both vocals and accompaniment. The love for music has always been apart of Ethel’s life, a passion she passed on to her “kids”.  Thanks, mom and grandma for that gift.

Ethel attended Bible School in Seattle, Washington, where she met Arthur Gregg. They were married in 1954. Art and Ethel have three daughters, Janet Lenz, Susan Gillespie, and Jeannie Bruenning.

Ethel was also known as “Gran” to hundreds of preschoolers, parents and staff as she worked at Little Rock Preschool at Christ the Rock Church in Menasha. Her special love was the mentoring of many young women, being listener to anyone who needed to talk, and holding all their secrets in what she called “the vault”.

Ethel became a resident of Appleton Retirement Community a few years ago where she thrived, making new lifetime friends (whom she loved dearly), keeping a full schedule of activities and sharing her musical talents leading occasional hymn sings with her new friends. Thank you, Appleton Retirement “Family” for making Ethel’s last years so special.

A memorial service was held on Saturday, February 1, 2020. She will be buried in Rest Haven Cemetery, Menasha.