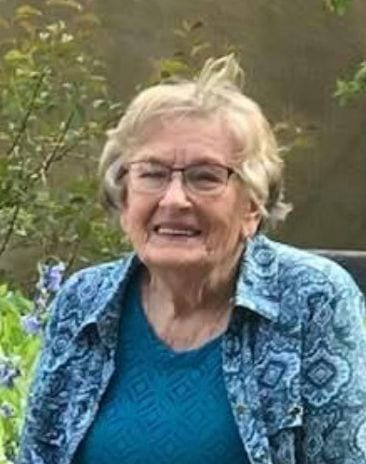 Esther V. Knoespel, 88, went to her Lord and Savior on Sunday, August 2, 2020. She was born on March 13, 1932, in Crivitz, the daughter of Alfred and Geraldine (Meyer) Huebner. Esther grew up in Crivitz. After graduating from high school, Esther attended the school of cosmetology and began her lifelong career as a hair stylist. While attending school, Esther met her husband Dwane Knoespel and they were married on December 27,1952, in Crivitz. She was an active member of Emmanuel United Methodist Church, Appleton, where she served in the choir and on various committees. Esther was a member of Hats of Fun, enjoyed gardening, sewing, and vacationing in the North Woods. She was an avid Packers and Brewers fan.

Esther was preceded in death by her parents, husband of 49 years: Dwane; an infant daughter: Carol Ann; a brother: Rev. Earl (LaVonne) Huebner; and 2 sisters-in-law: Lois and Judy Huebner.

Esther’s family would like to extend a heartfelt thank you to the staff of Aurora Medical Center, Oshkosh and neighbor, Becki for their care and compassion.