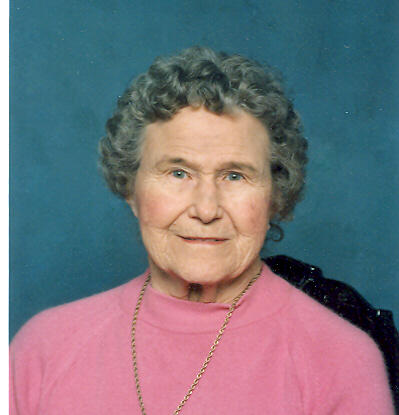 Age 91, died on Saturday May 10, 2008 at Oakridge Gardens Care Center, Menasha. Esther was born on August 20, 1916 in Minneapolis, Minnesota daughter of the late Charles and Anna (Ekman) Josephson. She graduated from Lakeview High School in Chicago, Illinois. Esther married George Stice on August 5, 1939 in Chicago. Esther and George lived in Menasha since 1950. She was a member of the Congregational United Church of Christ, Neenah; the Neenah-Menasha Elks Lodge #676, a member of the Eastern Star for over 50 years, and a charter member of the Association for Retarded Citizens (ARC), Neenah-Menasha. Esther is survived by her sons; Lee & Dale Stice, Menasha; her daughter, Jean (Dick) Maas, Florida; her grandchildren, Jodi Maas, and Todd (Melissa) Maas; her great-grandchildren, Brandon, Annabella, and Jack Maas. She was preceded in death by her husband George in 1995, her twin sister, Isabelle Lewis, and her older sister, Mildred Wibling. Funeral services will be held at 11 a.m. on Wednesday, May 14, 2008 at the funeral home with Rev. Lynne Spencer-Smith officiating. Visitation will be from 10 a.m. until the time of services. A private family burial will be in Oak Hill Cemetery, Neenah. A memorial is being established for ARC.
The family would like to thank the staff at St. Elizabeth, Prairie Homes, and Oakridge Gardens for all the loving care of Esther.