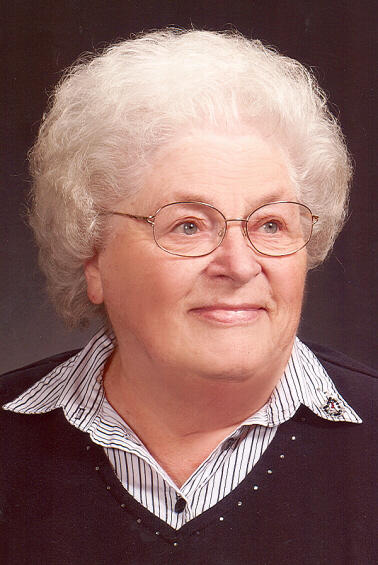 Esther Marie Seaver, 86, of Appleton, passed away on Thursday, April 29, 2010, at her home. Esther was born on July 27, 1923, in Valders, Wisconsin, to the late Frank and Christina (Jirik) Pankratz. She married Gordon Seaver on December 26, 1942. Gordon and Esther enjoyed 63 years of marriage; he preceded her in death on June 15, 2005. Esther was well-known as a talented rosemaler and painter. She was a member of her card club for over 50 years; volunteered at the Ladies Auxiliary at St. Elizabeth Hospital; was a member of the Ladies Auxiliary of the Knights of Columbus; enjoyed traveling with Gordon; was a member of the Appleton Catholic Church funeral choir; made rosaries for missions; was an accomplished seamstress; and was an active member of Sacred Heart Catholic Church for over 67 years. Above all, her family was Esther's highest priority. Survivors include her children, Carol (David) De Young, Greenville; Sue Torfin, Denver, Colorado; Nona Seaver, Whitefish Bay; Marcia Milhaupt, Menasha; Jeff Seaver, Montello; Mike (Val) Seaver, Racine: Amy Davis, Neenah; Tom (Brenda) Seaver, Clifton Park, New York; and Tim Seaver, Menasha; her 24 grandchildren and seven great grandchildren. She was preceded in death by brothers, Russell, Jerome, Leo and Jim Pankratz; and her sons-in-law, Paul Davis and Rick Torfin. The Funeral Liturgy will be at 11:00 a.m. on Monday, May 3, 2010, at SACRED HEART CATHOLIC CHURCH, 222. E. Fremont Street, Appleton, with Fr. Robert Karuhn officiating. Friends may call directly at the church on Monday from 9:00 a.m. until 11:00 a.m. Interment will be in St. Mary Cemetery, Appleton. The family would like to extend a sincere thank you to Dr. N. Carter Noble and his staff, and her friends and staff at Touchmark, for their loving care.