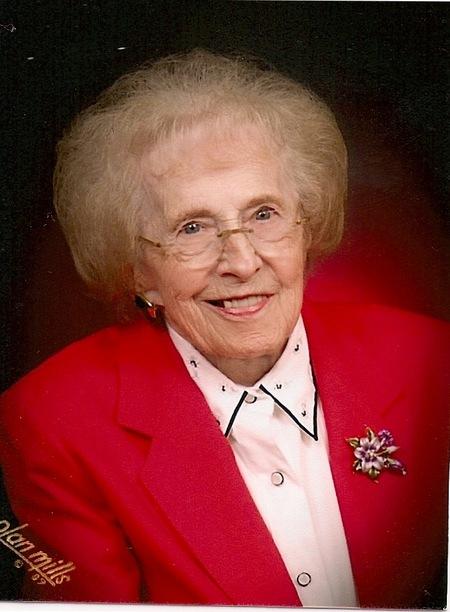 Esther Lillian Emling, age 92, of Appleton, peacefully entered her Eternal Home at 11:00 a.m. on Sunday, June 20, 2010, in an Illinois hospital, surrounded by her entire family. Esther was born on March 13, 1918, in Athens, Wisconsin, to the late Walter and Lillian (Miller) Gauerke. She married Norman Emling on August 21, 1941, in Athens; he preceded her in death on December 19, 1998. Esther was a loving wife, a kind mother, a proud and loving grandmother and an incredibly loyal friend. Esther was a kindergarten teacher in Hortonville for many years. She was later employed as a Counselor at Highland Memorial Park in Appleton for 18 years, retiring in 1996. Survivors include her daughter, Kay (Bernard) Emling O'Doherty, Clarendon Hills, Illinois; and her son, David (Tia) Emling, Appleton. Esther had 4 grandchildren, who meant the entire world to her. Their accomplishments were like her own. Kay's children are Alyson, Michael and Matthew, and Dave's daughter is Margo. Dave also had a dog, “Murphy” for whom he and Esther had mutual admiration. Her sister, Sylvia Green, 94 years old, is in good health and living in Universal City, Texas. Esther also had many special cousins, nieces, nephews, and great nieces and nephews that held a special place in her heart. Esther could not have stayed in her own home for so long had it not been for her loving, kind, and wonderful neighbors; especially her dear friend Mary O'Connor. She was preceded in death by her sister, Alice Lewis, and her brothers, Walter Gauerke and Melvin Gauerke. Funeral services will be at 11:00 a.m. on Friday, June 25, 2010, at FIRST UNITED METHODIST CHURCH, 324 E. Franklin Street, Appleton, with Dr. Doyle Blanton officiating. Friends may call at the Wichmann Funeral Home, Appleton, on Thursday from 4:00 p.m. to 8:00 p.m. and again directly at the church on Friday from 10:00 a.m. until the time of services. Entombment will be in Highland Memorial Park, Appleton.
Wichmann Funeral Home
537 N. Superior Street
Appleton 739-1231
Online Condolences
www.wichmannfargo.com