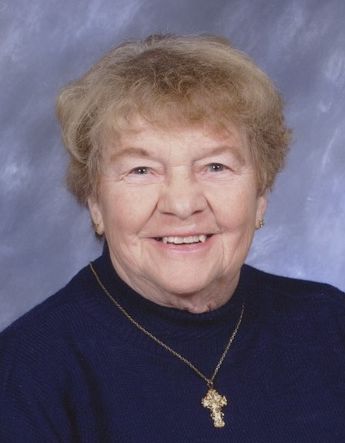 Esther was born on November 16, 1928 to John and Mary (Ellenbecker) Jochman. Esther graduated from Appleton High School in 1946. On August 27, 1949 she married Don Kempen. Esther was a hard worker. She had many jobs at Zwicker Mills, Kimberly Clark Paper Mill, Scolding Locks and retiring from Lawrence University. Esther was a faithfilled person helping out at Holy Name Christian Mothers, church cleaning and homebound parish ministry. Her mittens, hats and booties are worn by many. Her beautiful knitted gifts were freely given, as were her delicious caramels. She loved her family, girlfriends, casino trips and card playing.