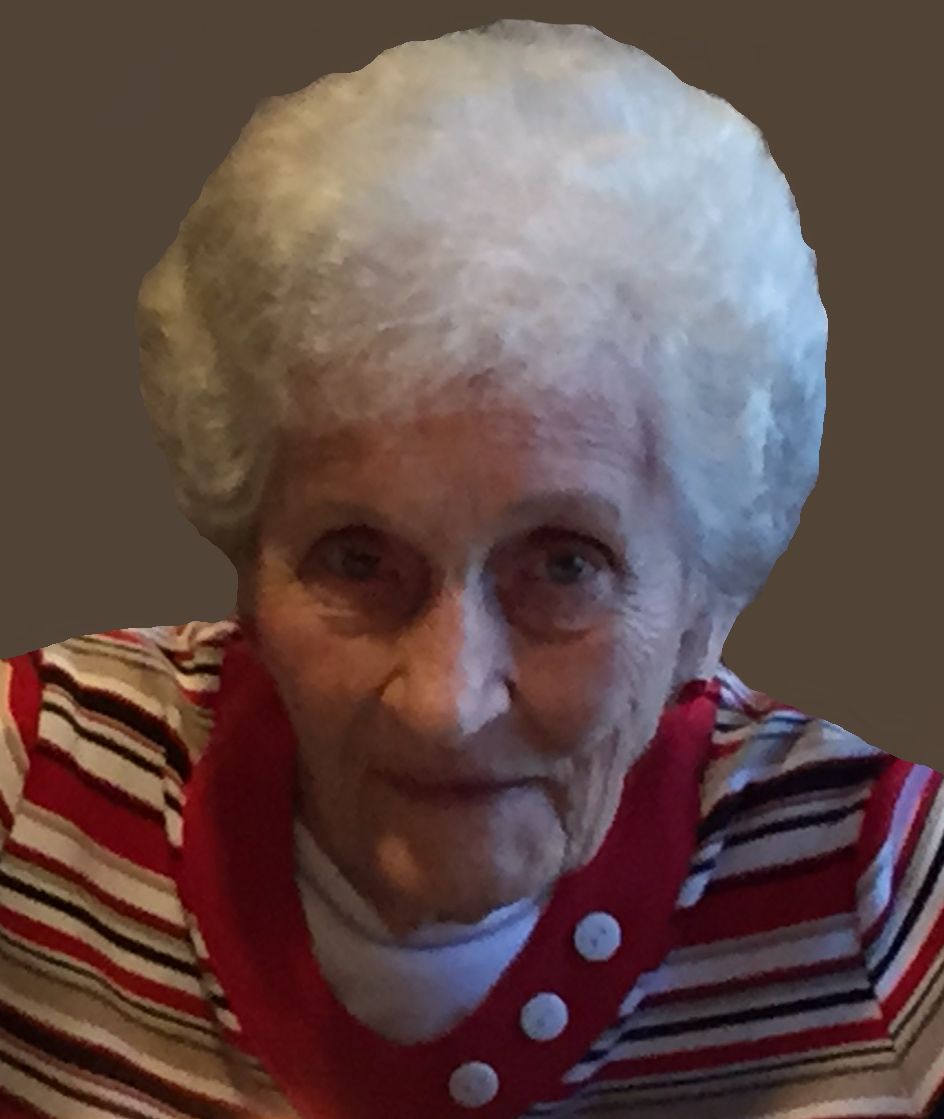 In light of current events, a memorial service is being planned for a later date.

Esther (Van Berkel) Ermers left this world for a better place on Sunday, March 22, 2020. She was born July 1, 1926 in Little Chute, daughter of the late Carl and Sarah (Van Linn) Van Berkel. She attended St. John’s Schools, and in her teenage years during the war she cleaned and provided childcare for area families before and after school. After the war she married Frank Ermers. They had two daughters, Rosalie and Ellen, and a “favorite” son, Randy.

During her early years she raised her family and helped provide for them with her gardening skills, cooking their favorite foods, and sewing their clothes. As the years went on, she worked at Zwicker Knitting Mills, and made draperies for H.C. Prange Company. Later she worked at the Little Chute Middle School in the Maintenance Department. She loved the kids, and they fondly called her “Gramma”. The job that took her to retirement was at Franciscan Care Center in Appleton.

In her early life, Esther enjoyed fishing and tent camping up north at Post Lake, Clear Lake, and near Phelps. Later, she was happy to go to Weaver’s Resort and then Bass Lake with family and friends. Among her favorite hobbies were reading, embroidery, playing cards, and games. She always had a puzzle on her table and crossword puzzles kept her brain sharp! She also kept a box filled with old fashioned toys for the little ones. Esther was an avid Packer fan but preferred to watch the game alone so she could cuss if she felt the urge! Esther was proud of her mini roses and waited each year for her bright orange oriental poppies to open.

We will miss the tasty homemade soups, date bread, Christmas candies, and pies we all shared. Esther was one of the original residents of Crescentview Apartments in Kimberly. She had made so many dear friends during her ninety-three years, with one of them being special to her – Fran Patrick. They shared many happy times together. At the time of her death, she resided at St. Paul Home in Kaukauna, and was well cared for by their wonderful staff. Many thanks to each of them who made her feel safe and cared for.

She is further survived by a sister-in-law Erla Ermers and a brother-in-law Reggie Ahrens. There are also many nieces, nephews, other relatives, and friends.

A private service for the family is being planned, but due to current events, a celebration of life will be held at a later date.

In light of current events, a memorial service is being planned for a later date.