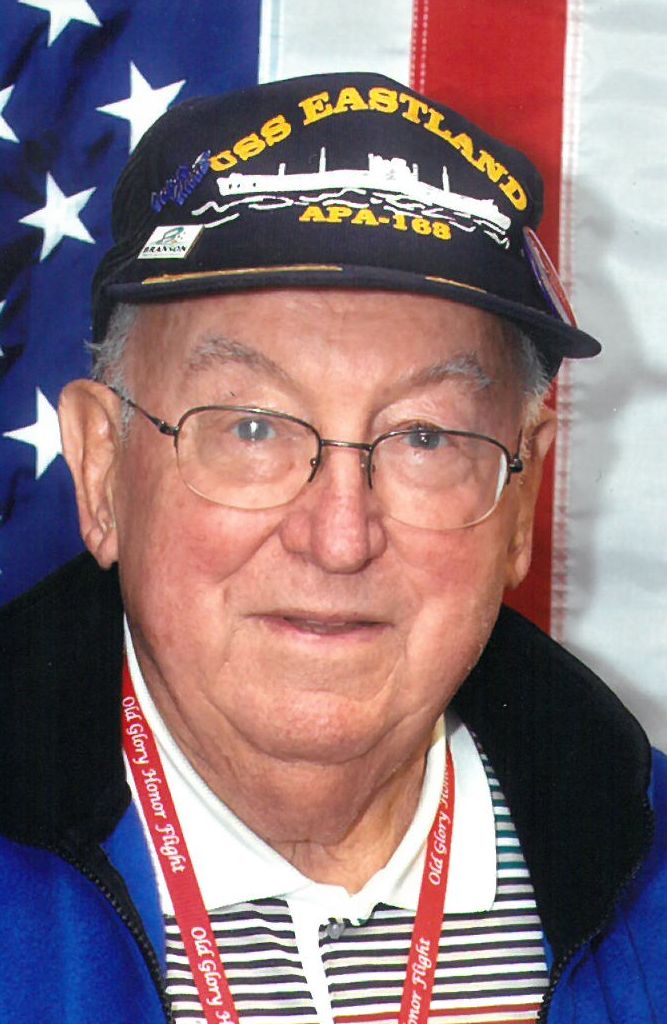 Erv graduated as class VP and captain of the Elkhart Lake High School Basketball team on May 28, 1944. Shortly after, he volunteered for WWII with the US Navy and was assigned the new USS Eastland APA 163. With a crew of over 300 he served as one of 19 Radiomen on the ship. Following his time in the Pacific and the end WWII, Erv was discharged from the US Navy on May 31, 1946.

After his time in the service, Erv became a Station Agent/Telegrapher for the Milwaukee Road's Superior Division between Milwaukee and Upper Michigan. He married Elaine Roethel on April 30, 1949. In April 1952, he and Elaine relocated to Menasha, WI. In June 1967, he became Traffic Manager at Central Paper in Menasha, WI managing the shipping and receiving department as well as starting their truck fleet. He retired from Central Paper in September 1987 as Manager of Transportation. Throughout his life, Erv was a dedicated volunteer, including serving as the president of numerous organizations such as the North League, Boys Sports Inc. and Germania Society. Erv proudly served as a Cub Master for the Congregational United Church of Christ’s Scout Committee, treasurer for 25 years for both Troop 14 and Cub Pack 3014 and also spent many years on the fundraising committee. Erv served the UCC of Neenah-Menasha as a Trustee for 4 years and held various other positions including many years on the church grounds committee.

After retirement, Erv found joy in the family cottage on Buckskin Lake, golfing, fishing, hunting, gardening, playing sheephead, and his many Boston Bull Terriers. Erv formed the Buckskin Lake Improvement Association, Inc. and served as its President for the first 14 years. He also became part of the USS Eastland reunion committee, which held reunions each year taking him and Elaine all across the United States.

Erv is survived by his children Bonnie (Jerry) Pozolinski of Menasha, WI and Rick (Susan) Hemb of Sanger. CA; his grandchildren Nick Pozolinski of Milwaukee, WI, Sarrie (Mike) Devore of Neenah, WI, Chelsea Pozolinski of Waukesha, WI and Crystal Hemb of Sanger, CA; his great grandchildren Grant and Reid Devore of Neenah; WI, his sister, Lorraine Brunner of Lannon, WI; as well as several nieces, nephews, other relatives and friends.
He was preceded in death by his brother-in-law Jim Brunner of Lannon, WI, sister-in-law Carol and brother-in-law Carl Kolb of Cleveland, WI.

A Celebration of Life will be held on Saturday, June 23 at 11AM at the Congregational UCC, 1511 Nicolet Blvd, Neenah, with Pastor Gary Wilner officiating. Friends may call directly at the church from 9:30am until the time of the service. A memorial fund has been established in the name of Erv Hemb.