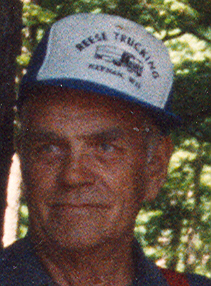 Age 86, passed away on Tuesday, January 8, 2008. Erv was born on February 4, 1921 in Little River, the son of the late August and Teresa (Seefeldt) Dumke. On March 24, 1945, Erv married Erna Herzfeldt. Erv enjoyed hunting and fishing in his past times. He worked for several companies such as Gamsky's Construction, Hoerning's Concrete Products, Gunderson’s Laundry, Badger Highways and Al Utschig Construction. Erv always seemed to be tinkering with odds and ends. He kept himself busy by landscaping, small engine and bike repair and wood splitting.

Funeral Services for Erv will be held on Saturday, January 12, 2008 at 11:00 a.m. at Bethel Evangelical Lutheran Church, 829 Appleton Road, Menasha, with Pastor Samuel Degner officiating. Friends may call at the church on Saturday from 9:00 a.m. until the time of service.