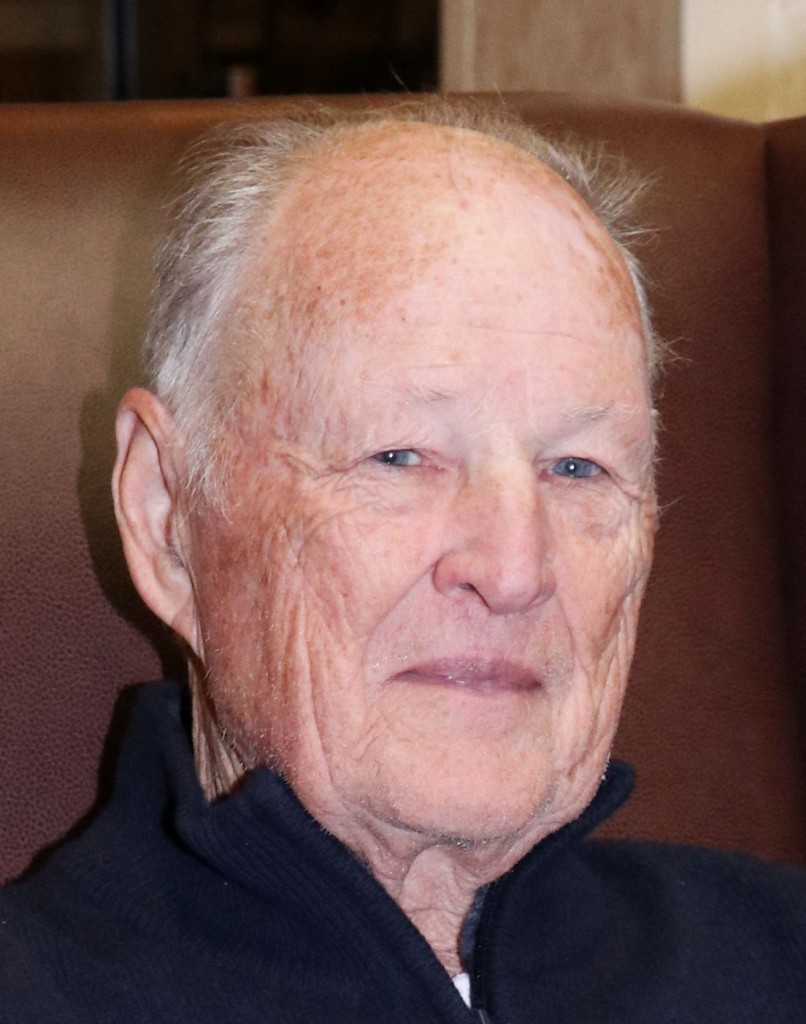 Erland Curtis Porter, Jr., age 76 of Appleton, passed away on July 23, 2017 after an 18-month courageous fight with cancer. Earl was born on July 9, 1941 in Springfield, Massachusetts. He was a graduate of Quincy High School in Quincy, Massachusetts. Later, he attended Hanover College in Indiana and received his Master’s Degree in Chemistry from the University of Dayton. He started his career as a research scientist with NCR. He then moved to Appleton with NCR and finished his career as Technical Director with Midtec/Repap/StoraEnso in Kimberly, WI. On December 27, 1991, two families joined together when Earl married his wife, Sheila Schmidt.
Earl’s accomplishments included, running in the Fox Cities Marathon, biking in the Bago 100 and skiing in the Birkebeiner. Although not a member of the Kaukauna Rotary, he received the Paul Harris Fellow award for helping with their fundraising activities and community volunteering.
Earl loved being on the water and sailed everywhere from Lake Winnebago to the Caribbean Islands. He enjoyed walking the “real” beach in Ft. Myers Beach in Florida. Interests included stamp collecting, cooking, scuba diving and snorkeling. In retirement, he loved playing with his grandchildren and spending time with friends – dining together, taking saunas, or playing cribbage.
He will be deeply missed by his wife, Sheila, children: Jennifer (Porter) and James Buck, Carrie (Porter) and Brian Diamond, Dawn (Knorr) and Brian Haessly, and Todd and Jacki Knorr; grandchildren Kaden, Elijah, and Jacob Buck, Rachel Placeway, Gavin and Brinley Haessly, and Evan and Elaina Knorr; siblings John Porter and his partner Tim Patricca, and Jean and Al Corrieri as well as many nieces, nephews and other relatives and friends.
Earl was preceded in death by his parents, Erland and Ruth Porter.
There will be a memorial service at Wichmann Funeral Homes, Superior Street location in Appleton on Friday, July 28, 2017 at 4:00pm. Join the family for food and fellowship at a gathering following the service until 8:00pm. For more information and to express condolences, please visit www.wichmannfuneralhomes.com.
The family would like to thank the staff and nurses of ThedaCare at Home Hospice, Jenna at Senior Helpers, and all the friends and family who offered care and support over the last 18 months.
Family was always the most important priority for Earl. His family and friends continue to be inspired by Earl's selfless actions, willingness to try new things, adventures in athletics, and knowledge of and appreciation for random facts and trivia.
In lieu of flowers, a memorial fund will be established.