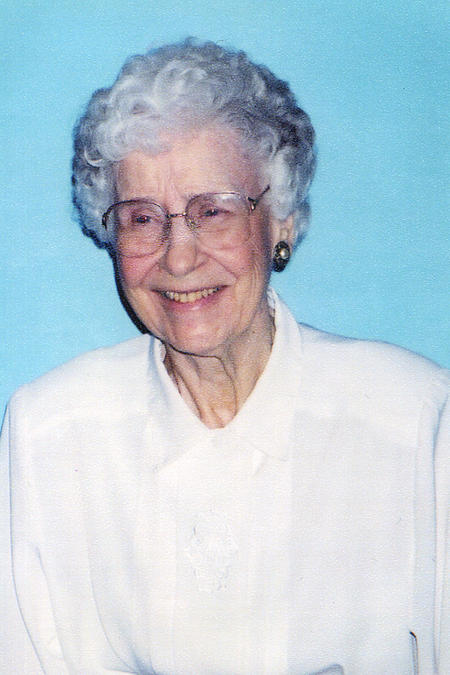 Emily I. Radtke, born in Clyman Township near Juneau, Wisconsin on July 15, 1918, died in Dover, Delaware on Thursday, June 18, 2009 at Bayhealth Medical Center. She was formerly a resident of the Appleton area. Emily Adeline Indermuehle was born to the late Christian H. Indermuehle and his wife Adeline (Kluth) Indermuehle. She moved to Appleton as a child, and lived on Union Street in Appleton for more than 55 years. She graduated from St Paul Lutheran School and from Appleton High School. Emily worked at Kimberly Clark in Neenah for over 40 years until her retirement in 1983. For many of those years, she worked in the Public Relations Department. Over the years, she was very active in the Valparaiso University Guild, and in the St. Paul Lutheran Church PTA, Ladies Aid Society, and the church choir. She was a long-time member of the National Secretaries Association. Her large extended family was her greatest delight.

She married 2nd Lt. Roger K. Behl of Appleton in 1944. He was killed in action over France in the same year. They had one daughter, Ellen. In 1983, she married a long-time friend, Ruben H. Schulz. The newlyweds were some of the original residents of The Heritage. He preceded her in death in 1991. In 1992, she married Edward A. Radtke. They continued to live at The Heritage until he died in 2004. Soon after, she moved to Dover, Delaware to be near her daughter.

The funeral service for Emily will be held at 11:00 am on Wednesday, June 24, 2009 at FAITH LUTHERAN CHURCH, 601 East Glendale Avenue, Appleton with Rev. Daniel Thews officiating. Interment will be at Highland Memorial Park, Appleton. Friends may call at the church on Wednesday from 10:00 AM until the time of the services. In lieu of flowers, the family suggests contributions in her memory to Faith Lutheran Church or to Bethesda Lutheran Home Foundation, 600 Hoffmann Dr. Watertown, WI 53094.